During the seven years of his presidency, Ruby Rivlin has been respected and loved for his warmth and accessibility, connecting with the people of Israel on many important issues. Among his very popular campaigns was his touching video about bullying for National Safer Internet Week. It shows his photo on the wall of an elementary school classroom coming to life and speaking with a student about a girl in his class who was suffering from online bullying. The President asked the boy to befriend her and stand up for her.

I believe that President Rivlin has followed in the footsteps of his illustrious ancestor Rabbi Shimon ben Gamliel by showing concern for the weaker members of society. Rabbi Shimon was the Nasi – the President of Israel – during the tumultuous final years of the Second Temple, and he was known for his wisdom and sensitivity. In one of the stories related in the Mishnah, he suspended the requirement for women to bring pairs of doves to the Temple because their families were going without food, and swore that he would not sleep until the dove sellers stopped overcharging for their birds.


In March 2020, when the world was beginning to worry about the Coronavirus, I was invited to a meeting at the President’s House to discuss issues of concern in Jewish schools around the world. We discussed the President’s visit to Australia, that they were determined to go ahead with despite the encroaching danger from the virus. He was planning to speak about Zionism and antisemitism at Mount Scopus College in Melbourne, but I suggested that he focus on the topic of bullying. We arranged for his new video to be translated into English and sent to the school in advance of his visit. (Click here to watch the translated video)

Because of our understanding of Jewish schools, we recognize that today’s students are looking for relevant connections with Israel that coincide with their understanding of the world and touch their own lives and concerns. We suggested that the President’s inspiring anti-bullying message should be shared with school students in Melbourne, with the additional dimension that Israel and Jews around the world also need to show solidarity and stand up for one another.

As always, the President was a big hit in Australia, and touched the hearts of all who met him. The Australian Jewish community appreciated his dedication to going ahead with the visit and flying across the world to meet with them. At Mount Scopus, President Rivlin told the children about his anti-bullying campaign: “Bullying is violence, a horrible experience. No child should experience social exclusion or aggressive behavior. Unfortunately, social media provides more opportunities for such behavior. When we saw in Israel how much bullying was happening in schools, I knew that as president I could not stay silent. Our message is simple – do not stay silent if others are experiencing problems. Do not look the other way.”

He also spoke with the older students about the connections between Israel and Diaspora Jewry, and about their fears of antisemitism. He shared his vision of uniting Israel’s four tribes – religious, secular, ultra-Orthodox and Arab Israelis – and identified Jews living outside of Israel as the fifth tribe, who play a crucial part in the future of the nation. “We are one nation, one family. We don’t just have shared interests – we share a common dream.”

President Rivlin has been an excellent ambassador for Israel, connecting with people of all ages and backgrounds. At the World Center for Jewish Education, we were proud to advise the President’s team before his trip to Australia, and to offer advice and resources to Jewish educators around the world. There is no doubt that President Ruby will be a hard act to follow. He expanded his role as President of Israel to President of the Jewish world, and we hope that Israel’s next President will do likewise.

(Mickey Katzburg is founder and CEO of the World Center for Jewish Studies, a global resource hub for Jewish schools and organizations across the religious spectrum) 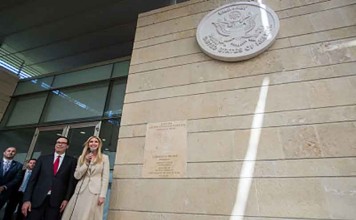 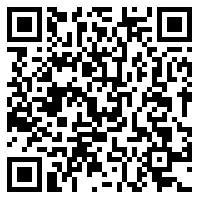