Moshe was looking for employment (he wasn’t cut out to learn full-time), and was having a difficult time finding the right fit. Sometimes he went weeks without even landing an interview, and he rarely made it past the first round. People began to speculate that there was something wrong with Moshe, and his self-esteem took a blow every time he heard of someone else who found a job.

One day a man by the name of Berel called Moshe’s parents. Berel was on the fringes of Moshe’s life, and hadn’t even spoken with him in years.


“I have the perfect job for Moshe,” he declared.

Fortunately Berel was not deterred. “Usually children want their parents to be involved in such important personal decisions.”

“My son is twenty-six years old. If someone his age can’t be in charge of his own job search, I can’t imagine he’d make a very successful employee.” The old man sighed. “What kind of job is it?”

“I heard from my sister-in-law about a company that’s looking to hire, and I started to think of people who I knew might be looking for a job, and I thought of Moshe.”

“Do you even know what kind of work Moshe is looking for?”

Now it was Berel’s turn to be surprised. “What do you mean? Moshe is looking for a job, and they’re looking to hire someone. It sounds perfect. Besides, it’s only a phone call and an interview. In any case, I’m only trying to help. You really should be a little more appreciative.”

Moshe’s father had some ideas about how Berel could be of better help, but politely ended the call. Berel was so inspired by his chesed mission that he decided to call Moshe directly, even though such things normally weren’t done.

Moshe felt a little uneasy with the situation, but he reminded himself that taking wild chances was hishtadlus. Every bad interview was one step closer to the right one, and therefore it was vital that he open himself up to seemingly unnecessary suffering. He agreed to give the company a call.

The conversation was a little awkward, especially since Moshe had to pretend he knew what kind of job it was, but Moshe arranged to meet with someone the following week. This was the first opportunity for an interview he’d had in several weeks, so he felt a little desperate.

That same night Moshe met Shimon, a very close friend of many years who knew him as well as anyone. Shimon excitedly told Moshe that an associate of his was looking to hire someone with Moshe’s exact qualifications. It was an immediate opening and a wonderful opportunity for the right candidate; many people would be interested in the job, and the position would almost certainly be filled before long.

Fortunately, Shimon’s associate had mentioned the opening to him before advertising it, and Moshe would have an inside track if he called immediately.

“Oy, Shimon! I wish you’d told me about this a few hours ago,” said Moshe.

“What are you talking about?”

“I already applied for a different job and the interview isn’t until next week.”

Shimon was completely taken aback. “Um…what does that have to do with anything?”

“What do you mean?” cried Moshe. “I can’t arrange another interview now.”

“Of course I want to find a job. But I can only interview with one company at a time. Otherwise I might get confused between the two companies. I might even lose track of what I discussed with each company, which could lead to an embarrassing situation.”

“Are you being serious? Are you really worried about that? Do you have this kind of problem normally?”

“Shimon, come on! You know this just isn’t done. You’re supposed to interview with one company at a time. Otherwise it isn’t fair to either of them, since it can only work with one of them, so you’re obviously wasting the other one’s time. It’s also wrong to get their hopes up and have them invest emotionally in you, and then disappoint them, especially when you’re not putting your full effort into either one of them. You wind up just comparing them to one another, which isn’t fair.” 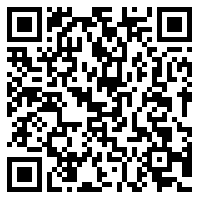