I think it’s safe to say that Bibi Netanyahu did not win these elections. He did not win, because clearly he and the predominantly right, do not have the majority of voter support. If they did, there wouldn’t be any of these troubles going on.

However, it’s equally true to say that the left, under Gantz, did not win the elections either. If they did, then once again, none of these troubles would be going on.


But, importantly it is also true to say that more people of Israeli Jewish society supported the right rather than the left. There were, quite simply, more votes for Bibi and the right than there were for the left.

Unfortunately, democracy can be a tough and bruising business which is why Israel is in the position it is in today.

However, the saddest part and the scariest part of all is that the personal hatred of Bibi Netanyahu is causing decisions to be made that will be extremely dangerous for the future of the Jewish State.

Because suddenly the Blue and White party, under Gantz, is actually talking to the Joint List Arab party in order to form a minority government that will circumvent the highest numbers of Israeli voters all in order to get rid of Netanyahu.

Although they are supposedly not going to be part of a government, the Blue and White party will create a situation in which they are dependent on the Joint List in order to govern the country.

They will rely on Arab parties in which some of its members openly support terrorism against Israel. They are against the existence of a Jewish state at all and openly support the right of ‘palestinian refugees’ to flood Israel in order to overwhelm the Jewish majority – in other words create another Arab state in place of the Jewish one. Haneen Zoabi, a former member, even called Israeli soldiers murderers. And a current member, Heba Yazbak, actually praised Samir Kuntar, a terrorist who smashed in the head of a 4 year old Israeli girl with a rifle butt.

So why is this dangerous? Well, it’s dangerous because it goes against everything that the Jewish State stands for. It goes against Zionism. It goes against Jewish self-determination. It takes the dreams of so many Jews over so many centuries – a dream for Jews to determine their own future in their own land – and simply wipe it away.

I don’t know what will happen, but I can only hope that those voted into power will rise above the petty hatred of individuals and allow sanity to prevail, because in their hands lies a massive responsibility – one that will shape the very future of the Jewish world.

That’s why the future of Israel can and must only be determined by the Jewish people – and even just the thought of allowing it to fall into the hands of those who hate this country is a nightmare that can and should never be allowed to happen. 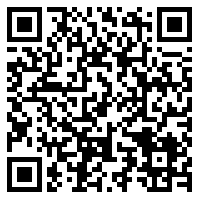