Longtime New York Times columnist Thomas Friedman warned this week that, as a result of the Nov. 1 Israeli election, “the Israel we knew is gone” and the Jewish state is “entering a dark tunnel.”

If you’d never read an article by Friedman before, you might assume that it was the rightward turn by Israeli voters that set the columnist against the Jewish state. You would think, in other words, that Friedman’s ire is Israel’s fault.

You would be wrong. Very wrong. The truth is that Friedman’s hostility towards Israel has nothing to do with the reelection of Benjamin Netanyahu as Israel’s prime minister or the center-right governing coalition he is about to form.

For nearly half a century—going all the way back to the early 1970s—Friedman has publicly attacked every Israeli government, whether it was right-wing, left-wing or somewhere in between.

Yitzhak Rabin was prime minister in 1974 when Friedman and his fellow leaders of the “Middle East Peace Group” at Brandeis University publicly denounced the Jewish state for not negotiating with PLO chieftain and arch-terrorist Yasser Arafat. That was 19 years before Arafat even pretended to be willing to make peace with Israel.

During those Peres-Shamir years, Friedman wrote, “The Israelis are getting a bad press because they deserve it” and that Israel was suffering from “megalomania.”

Ariel Sharon was prime minister when Friedman wrote that Israel “had George Bush under house arrest in the Oval Office.”

Also during the Sharon years, Friedman wrote that the U.S. should propose to Saudi Arabia that it recognize Israel in exchange for an Israeli retreat to its pre-1967 borders and the re-division of Jerusalem.

And lo and behold, a “Saudi peace plan” identical to what Friedman was pushing materialized. Friedman’s Feb. 17, 2002 column then became the vehicle for announcing the “Saudi plan.” None of this had anything to do with Israel’s government being “right-wing.”

Granted, Friedman has unleashed some harsh attacks on Netanyahu over the years. But the rhetoric Friedman has used in those verbal assaults has been so over-the-top that no responsible Israeli, whether on the right or the left, could endorse it. For example, sounding an awful lot like Pat Buchanan, Friedman wrote on Dec. 13, 2011 that the standing ovations Netanyahu received in Congress were “bought and paid for by the Israel lobby.”

Similarly, Friedman asserted in a column on Nov. 19, 2013 that “many American lawmakers [will] do whatever the Israel lobby asks them to do in order to garner Jewish votes and campaign donations.”

Blaming the Israeli election for his hostility towards Israel is an easy out for Friedman. But it’s dishonest. The record proves that Friedman has harbored a lifelong conviction that, in the conflict between Israel and the Palestinian Arabs, Israel is basically wrong, the Palestinian Arabs are basically right and his mission as a journalist is to heckle and harass the Israelis until they finally give in to Arab demands. 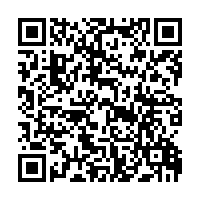