There is real danger in Donald Trump’s statements and attitude toward Vladimir Putin and Russia.


I think this raises serious questions about whether a Trump foreign policy toward Putin and Russia would be personality-driven as much as (if not more than) policy-driven.

That’s not an unfair assumption to make, and not just in the case of Trump. Any student of international relations knows that personalities and relationships among leaders can influence and even drive policy. It was certainly a factor in the fatal miscalculations in U.S.-Russian relations made by Franklin Roosevelt.

“I think I can personally handle Stalin better than either your Foreign Office or my State Department,” FDR oddly boasted to Winston Churchill on March 18, 1942. “Stalin hates the guts of all your people. He thinks he likes me better.”

“He likes me.” Sound familiar?

Stalin showed his “like” of FDR by rolling over Eastern Europe. Not until literally days before he died did FDR finally admit he had been wrong about Stalin.

“Averell [Harriman] is right,” FDR sighed to Anna Rosenberg on March 23, 1945. “We can’t do business with Stalin. He has broken every one of the promises he made at Yalta.”

FDR’s tragic mistake was thinking the Russian leader liked him and thus would “work with me for a world of democracy and peace” (yes, FDR actually said that about Stalin).

And yet, FDR, mistaken as he was, never suffered the significant personality issues that plague Donald Trump. Trump’s ignorance of policy and lack of any firm grounding in a set of bedrock principles is outdone only by a strikingly excessive sense of self, which would make a President Trump easily open for exploitation by a cynically manipulative foreign leader like a Vladimir Putin – a leader who learned the art of manipulation in the KGB.

Let’s recall what happened with Barack Obama, who likewise was convinced that Putin and the Russians liked him.

Poles ever since have harbored a deep fear that Obama will not defend them. They see Obama as a weak leader, one whom the Russians realize they can roll right over.

Which brings me to Ukraine. What unfolded in Ukraine was blanket aggression by Putin. Obama had bent over backward to assuage the Russians. And how did Putin thank him for the friendship and goodwill? He invaded Ukraine, surely knowing his accommodating pal in the White House would not do anything to stop him.

I’m reminded of a very different worldview toward the Russians by another president.

“If you were going to approach the Russians with a dove of peace in one hand, you had to have a sword in the other,” said President Ronald Reagan. “We had to bargain with them from strength, not weakness.”

Reagan’s motto toward Russia was dovorey no provorey, Russian for “trust but verify.”

That was not what Obama did. He approached Putin with a dove in one hand and a bouquet of roses in the other – and with plenty of promised “flexibility.” Obama showed weakness, not strength. And the Russians exploited it.

Reagan took pride in the fact that the Russians did not gain “one inch of ground” while he was president. Indeed they did not – and this was after they had picked up nearly a dozen satellite states in the immediate years before Reagan was elected, under Presidents Jimmy Carter and Gerald Ford.

Which brings me back to Trump. Surely the KGB-trained Putin and his advisers have discerned how obviously easy it is to get Trump on your side. You simply say nice things about him. Just suggest that you like him and you will have him. He is easily flattered, and the Russians are shrewd flatterers.

That being the case, I really worry that Putin would play Trump like a fiddle, maybe even more than he played Obama.

Trump enthusiasts will recoil at the suggestion that their alpha-male strong-man would not stand up to Putin and the Russians if he became president. But I don’t share their confidence at all, especially given Trump’s ongoing soft assessments of Putin’s annexation of the Crimea.

If Putin moved further against Ukraine or even Poland, would a President Trump blithely look the other way because “Putin likes me” and because they have a friendly relationship? Poland is a NATO member, but Trump’s attitude to NATO has been cavalier at best.

Donald Trump needs to remember what Ronald Reagan said. You approach the Russians, and especially a Russian like Vladimir Putin, from a position of strength, not weakness. 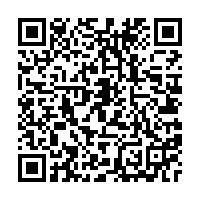