I’ve listened intently to the presidential debates over the past few months and have come to the conclusion that those vying to be our next chief executive sound not like clear-thinking, dedicated leaders but rather like a group of middle-school adolescents intent on proving their mettle in the schoolyard.

Maybe I am wrong-headed or biased, but except for a few brief flashes – a scattering of impassioned moments of insight and awareness – I was dumbstruck by what was said, the bluster they all gushed, and what was not expressed but should have been.


Do these candidates truly believe that bullying, manipulating, and being divisive is the best way to lead the U.S.? Isn’t that what got us where we are now? Isn’t it time for America to have a true leader who is able to bring people together?

There is a well-known social psychology study that is basic to understanding how groups form, create their own image, and ultimately resolve conflict. In the early 1950s researcher Muzafer Sherif organized 22 boys, ages eleven and twelve, into two groups. At first the groups did not know of each other’s existence. Very rapidly, each formed its own culture and fostered norms for membership.

Over the course of two weeks the groups were gradually allowed to become aware of the other’s presence. Increasingly, competition between them became more pronounced and even dangerous.

In the Robbers Cave Experiment (named after Robbers Cave Park in Oklahoma, where the study took place), Sherif and his colleagues showed that the Theory of Realistic Conflict explains how competition between groups develops, especially where there are limited resources. There was clear hostility between the members of the two groups, who competed for sports activities and picnic treats.

What is more important is what occurred during the last week of the experiment, after the hostility between the groups had hit a pinnacle. When Sherif brought the two warring groups together to jointly solve problems, the hostility and prejudice dissolved. Members of the two opposing groups suddenly became friends.

Sixty years later there are many caveats cited regarding the Robbers Cave study. The groups consisted of boys selected because of their similarity in age, social status, religion, even skin color. The boys were not gang members and therefore had not been socialized into an aggressive lifestyle. Critics question the ethics of manipulating people to make them hostile.

But the fact remains that in the years since the study was first reported, it has increasingly been shown that hostility decreases when individuals who are initially prejudiced toward one another begin working together to solve tasks.

Perhaps we need a professor of social psychology to work with our elected leaders and our wannabe leaders to find a way to get past their childish tribalism – although it may be too late for our current batch as most of the candidates have been so entrenched in their worldview for so long that providing opportunities for cooperation may be meaningless.

There is a well-known adage that a man is known by the company he keeps. I do not know who the friends of the candidates are but I think it is not that far a stretch to apply a slight revision to that adage. You can know – or at least get a better understanding of – a candidate by the people who support him or her.

Along those lines, a number of white supremacists, neo-Nazis, and garden variety racists – including the founder of the country’s most prominent white supremacist website, the leader of a Southern white secessionist group, and a former grand wizard of the Ku Klux Klan – have voiced their enthusiasm and support for Donald Trump’s presidential candidacy. These are not endorsements Trump sought or wants. And I am sure that most if not all of the candidates have supporters with whom they would rather not be linked. Still, those supporters tell us something about at least some of the people a candidate attracts.

We need a levelheaded leader who can work to bring people together to solve problems rather than someone whose rhetoric and posturing foster or create deeper divisions. A leader who, as Pirkei Avot wisely states, is difficult to anger and easily placated. Someone who is a chassid in the universal application of that term; a person determined to unite us in order to solve problems and find a way forward in the face of some very real and potentially debilitating challenges.

We have had too much divisiveness and social fractioning. Preteen-style bullying should not be accepted – let alone encouraged – among those who seek to be our leaders. 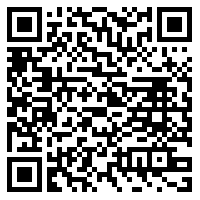