As of late last week, the cabinet was scheduled to discuss and push forward the landmark Greater Jerusalem Bill this week. Yet, last night Prime Minister Netanyahu unexpectedly took the bill off the table citing the need to consult with America first.

The Prime Minister said the following: “We are in contact with the Americans; the Americans turned to us seeking to understand the essence of the Law. As we have cooperated with them so far, it is worthwhile talking with them and coordinating them. We are working to promote and develop settlement rather than to promote other considerations.”

However, Transportation Minister Yisrael Katz insisted the bill we brought up today.

“This is a historic law that will guarantee the Jewish majority in Jerusalem and strengthen our hold on the city.”

Despite the Prime Minister’s rhetoric, the Americans do not seem phased by the bill, which begs the question of who really is behind the stalling of the Greater Jerusalem Bill?

Bibi Netanyahu has long derided sudden changes in the status quo.  He like manageable situations and although he is not particularly against the Greater Jerusalem Bill his in ability to carve a new paradigm under the Trump administration is increasingly leaving him behind his own Likud Colleagues and other right-wing parties.  Netanyahu’s insistence to clear the move by the Americans is another sign of his disconnect with the fast pace of actual change on the ground.  Israelis have by and large moved beyond the conflict with the “Palestinians” and by doing so understand the need to create a new bottom up approach that includes safeguarding Jerusalem and the Jewish communities throughout Judea and Samaria.

Now where is this more clear than the new Labor leader Avi Gabbai’s courting of the right-wing by stating “I will not remove communities in Judea and Samaria.”

So Does Bibi Want to Annex or Not?

The Prime Minister has been very clear for 15 years that he views the solution to the Israel-“Palestinian” dispute within the guise of Lichtenstein or Luxembourg.  This would essentially mean a Palestinian State in area A and B, but with no real need to have an army since its security is given over to Israel. It would seem that for Bibi, one can have overlapping sovereignties within the same land similar to certain areas of Europe since the final agreement would leave “Palestine” confederated to Israel.

This is ultimately why the Prime Minister relishes the status quo. Yet, reactions by the ultra-orthodox over Shabbat desecration and Jewish Home’s response to the lack of movement over the Greater Jerusalem bill as well as a bill cancelling disengagement may force Bibi to break the status quo in order to stave off new elections.

Throwing his coalition issues back at Trump may work in the short-term, but Israel’s need to move forward in annexing municipalities in order to properly administer the Jewish population in and around Jerusalem will not go away. The future is catching up with Netanyahu and his inability to part with the status quo maybe his undoing. 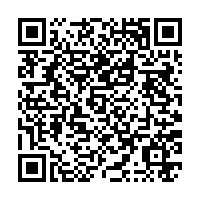