Justice was finally done last week for a Jewish activist organization. After nearly eight years of stalling, disingenuous excuses and outright lies, the Internal Revenue Service finally admitted wrongdoing in preventing Z Street — a pro-Israel group — from obtaining nonprofit status when it applied for it back in 2010.


Justice was finally done last week for a Jewish activist organization. After nearly eight years of stalling, disingenuous excuses and outright lies, the Internal Revenue Service finally admitted wrongdoing in preventing Z Street — a pro-Israel group — from obtaining nonprofit status when it applied for it back in 2010. Z Street’s story is unique in some ways in that it ended in the group’s vindication. Its founder, lawyer and journalist Lori Lowenthal Marcus, proved that contrary to the old saying, you can fight City Hall — and ultimately win.

But there’s more to the lawsuit, which she pursued with her husband, Jerome, than a happy ending. What happened to Z Street should scare everyone, no matter where they stand on the political spectrum. The fact that so few seem to care about it tells us a lot about what’s wrong with contemporary politics.

The Z Street case must be viewed in the context of what came to be known as the IRS scandal. During the first term of the Obama administration, the IRS began subjecting conservative groups that applied for nonprofit 501(c)(4) status as education organizations to the sort of special scrutiny not applied to liberal groups. This policy was the result of the dismay felt by the administration and many Democrats about the U.S. Supreme Court’s Citizens United decision, which stopped the government from interfering with political speech made by nonprofit groups. While no direct link between the White House and IRS decisions was ever produced, what followed was very much in line with the administration’s desire to prevent conservatives from taking advantage of the law. But it was not until after the 2010 midterms and Obama’s re-election in 2012 — when the work of those nonprofits might have impacted public opinion — that the controversy was aired and the policy reversed.

That’s where Z Street comes in. It was applying for 501(c)(3) status as a group that sought to educate the public about Israel. But its support for Jewish settlements put it in the cross hairs of federal bureaucrats, who apparently got the message from on high that such an organization was to be put through the wringer.

As was the case with the concerted process slowdown of some conservative groups, the attention given to Z Street was not about whether it was actually eligible for nonprofit status under the law. Rather, it was a function of the Obama administration’s dislike of their particular politics. Z Street was a supporter of the settlement movement at a time when Obama was determined to force the Israeli government to stop building in the West Bank. That’s why Z Street suddenly found itself having to answer questions about its beliefs. Even worse, it was flagged for determination as to whether or not it supported terrorism simply because its mission was concerned with the state of Israel.

What makes that even more outrageous is that during the period from 2010 to 2016 when Z Street’s application was held up, the IRS granted numerous applications for nonprofit status from groups that were raising money in the United States to spend in Gaza, which was governed as a terrorist state by Hamas. Hamas was designated as a terrorist organization by the U.S. government, yet somehow, contributions to a group that supported Jews were deemed a possible threat while those who distributed funds in a place where involvement with actual terrorists was inevitable seemed of no interest to the IRS.

This was not an inadvertent error. During the course of their lawsuit, the Marcuses’ discovery uncovered the fact that the IRS was drawing up lists of groups that opposed the Obama administration’s policy towards Israel by drawing upon information from viciously anti-Zionist websites like MondoWeiss and Electronic Intifada. The bureaucrats seeking to mold tax policy to fit Obama’s opinions about the Middle East were not only brazenly seeking to politicize something that should be above politics, but were also aware that doing so in this manner was wrong since they wrote to each other about avoiding an email trail that could document their intentions.

The good news is that the government’s attempt to politicize the tax code in this manner flopped. Though it took six years, Z Street got its nonprofit status, and a year later, the Marcuses prevailed in their lawsuit against the IRS. But theirs might be considered a Pyrrhic victory. The six-year wait made it impossible for the group to raise money; it was virtually shut down during this period. Its future is uncertain. The Marcuses beat the government, but only because unlike most other activists, they are both lawyers, and could devote the time and resources to a battle most people could never think about fighting, let alone winning.

That’s why what happened with the IRS in the last administration isn’t, as the 44th president’s apologists insist, a faux scandal ginned up by his political opponents. Rather than being filed away as old news, the Z Street case should be setting off alarm bells since it sounds an alert as to how a president can use the enormous power of the federal government to settle political scores and hamstring opponents.

The irony here is that right now, opponents of the Trump administration are loudly voicing their fears that the current White House intends to overturn the justice system or otherwise interfere with the functioning of democratic government. But many of the same people either ignored or winked at genuine — and now documented — abuses carried out by an administration they liked.

In this sense, what happened with the IRS is very much like the current dispute about the origins of the Russia investigation. Where you stand on it depends on which party you support. That spirit of rabid partisanship, coupled with the sense of self-righteous entitlement to use the bureaucracy in this manner, motivates administrations to play fast and loose with the rules to gain a political advantage. That is always the most potent threat to democracy. The Marcuses happen to be people I’m proud to call dear friends. But even if you disagree with them about everything, the price they paid to prevail against an arrogant federal government ought to worry you. The fact that so few were willing to back them in their struggle or care about its outcome is what really worries me. 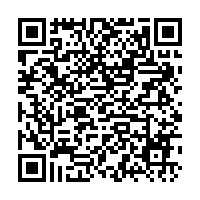