“Quick!! Does anyone need a blessing? I’m at the Shabbat Project Challah Bake.”

About a month ago, Raquel Mowery-Halpert posted this pretty common Facebook request. She didn’t realize it would quickly become a national conversation about religion, prayer, and Judaism.


It would be an unremarkable story, except the newlywed 20-year-old is not religious or shomer Shabbat. In her own words, she had not prayed with a siddur since elementary school. And she had not baked challah since she was a teenager.

After experiencing a moment of inspiration, she decided to reach out to members of the popular Facebook group, “Jewish Women Talk About Anything,” a place for 26,000 Jewish women of all ages and backgrounds to discuss a range of topics.

In a manner of minutes, Raquel’s phone started blowing up with comments, likes, and private messages. Over 150 names started pouring in. Her app began to freeze. People weren’t just submitting names, but actually giving reasons as well. Some needed speedy recoveries, others wanted blessings for marriage or children.

“People started getting really emotional, and it was really bizarre because people ask for names every week. I think it was about the timing,” Raquel says.

Raquel was determined to recite every single name.

“I was reading these names and thinking of their reasons and I started getting really emotional and crying,” Raquel says. “And I don’t even know these people!” she exclaimed.

After the challah bake, Raquel decided to write a follow up with her story.

“I’m not religious and I’m not shomer Shabbas. But I am spiritual and believe in God, and believe with good deeds comes great reward,” she began. Raquel recalled her traumatic prayer experience in 7th grade when her teacher approached her in middle of Shemoneh Esrei to tell her that God wasn’t listening because she wasn’t moving her lips.

“I was embarrassed beyond belief, I never had something like that ever happen to me,” she continued. “Ever since, I never prayed, I never opened a siddur. I had a bad taste in my mouth just holding the siddur.”

But later on in life she learned there were other ways to connect and felt comforted. Raquel explained: “But when I learned that praying wasn’t only from the siddur, that you can pray yourself, it doesn’t have to be in Hebrew, and you don’t have to move your lips if you don’t want too, I then felt a tad of relief. So that’s how I pray, talking to myself or with thoughts of prayer. It’s how I connect with God.”

After the second post, instant feedback started rolling in. Raquel’s post received 1,000 likes and over 150 comments. Jewish women from all over the world were relating to her story.

Commenter Orly Halawani remarked: “God is amazing. Hebrew isn’t the only language He Knows and listens to. He also knows prayer from the heart.”

Another comment by Rikki Schon Feldman stated: “Beautiful!!! Such a terrible shame that you had that experience but I’m really glad that you’ve reached this point. There isn’t just one way to connect with God! Good luck on your spiritual journey.”

Judith Isler-Herrod commented: “Very happy you didn’t let that bad experience hold you back from your connection with Hashem! I recently came back, too.”

Raquel was surprised by the lack of negativity in the responses, an absence that is unusual with a social media group that large and diverse. “I guess everyone found something in my story that they could relate to and that’s really rare,” she says.

Raquel was born in Baltimore, but at the age of ten moved to Las Vegas with her family. Since then, she’s lived in several different Jewish communities with varying different levels of religious observance. She attended a different high school every year until she eventually moved back to Baltimore. Today she lives with her husband in Brooklyn and has finally found her comfort spot, religious-wise.

Raquel says that she wishes schools would focus less on grading prayer. “Why would someone want to pray if they’re being judged that they’re not doing it the right way?” she explains. “You can teach me Hebrew, you can teach me how to read from a siddur, but don’t tell me that this is the only way to pray.”

Joanne Beilby, one of the many commenters who connected to Raquel’s experience, decided to post the story on her own Facebook blog, “Wandering Torah Girl.” The 45-year-old Australian was deeply moved by Raquel, despite the fact that they were strangers to each other. “I’m literally on the other side of the planet and I don’t know Raquel at all. We’re just in the same Facebook page,” she explained.

Joanne’s goal with her blog is to bring people who have become disconnected and are seeking religiosity back to Judaism. After reading about Raquel’s experience, she was quick to reach out and spread the message.

“I was astounded,” Joanne explains. “I was blown away when a New York girl suddenly popped up on social media and said, ‘Quick who wants a blessing?’ I actually went on my own personal Facebook page and wrote how beautiful it is that, she had been disengaged, she had lost her connection, but suddenly felt this inspiration while waiting for the bread to rise, literally. What a wonderful thing,” Joanne said.

Today, the social media action has slowed down, but Raquel and Joanne still get the occasional comment and like.

“It was really incredible how it escalated,” Raquel says. She would definitely consider reaching out again in the future. 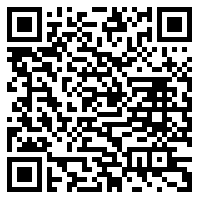