One blessing leads to another. Following President Trump’s dramatic recognition, before the entire world, of Jerusalem as Israel’s eternal capital, the minister of construction and housing announced late last week the allocation of 1.4 million shekels ($400,000) toward a Greater Metropolitan Jerusalem program.

As regular readers of this column know, a plan to expand Yerushalayim in all directions and make it the epicenter of Israel has long been an operative objective of KeepJerusalem. Our far-reaching, wide-ranging program for the development of Jerusalem and environs over the coming years and decades has been served up on the table of many government leaders, up to and including Prime Minister Netanyahu. Many top names back this and similar plans, whose objectives include: the preservation of united Jerusalem under Israeli sovereignty, the fortification of Jerusalem’s status as Israel’s capital, rendering greater Jerusalem Israel’s leading metropolis, and dealing with Jerusalem’s demographic difficulties characterized by a currently shrinking Jewish majority.


In this connection, Housing Minister Yoav Galant has given instruction to start planning a master program for greater Metropolitan Jerusalem. Included in the plan are 300,000 new housing units in the greater Jerusalem region by the year 2040.

This is part of the Housing Cabinet’s ambitious 25-year plan for the entire country, including the construction of some 2.5 million housing units.

Galant allocated 1.4 million NIS from his ministry’s budget toward a Greater Jerusalem plan, including finding land reserves for the new housing, as well as identifying potential for urban renewal where necessary. The budget has been approved, and the planning will begin in the first quarter of 2018, i.e., within three months.

Galant’s master program focuses on employment, transportation, preservation of open areas, and infrastructure. It will deal not only with the 48.5 square miles that currently make up municipal Jerusalem, but possibly ten times that much north, west, east, and south of the city. In fact, it will cover the settlement blocs of Gush Etzion, Maaleh Adumim, Mateh Binyamin (Beit El, Psagot, etc.), and even Beit Shemesh.

Philanthropist Kevin Bermeister, a founder of Skype, has invested greatly in a plan of this type called Jerusalem5800. “We are in a generation that can turn Jerusalem into a city of the world,” Bermeister has said. “Our goal is to preserve Jerusalem as Jewish, united, and large.” The plan was presented at a policy paper workshop organized by KeepJerusalem two years ago.

The program is not one for amateurs. A coordinated team of experts and researchers in the fields of urban planning, tourism, economics, cultural preservation, demographics, transportation, and more have long been hard at work, planning every detail.

The main revolution spearheaded by Jerusalem5800 – and now adopted by Minister Galant – is that it addresses not only the city itself, but its greater metropolitan area comprising a very large surrounding expanse planned as an integral unit. Jerusalem thus becomes a center encompassed by suburbs and small communities that relate to Jerusalem as their “primary city.”

The plan even foresees an international airport in the Judean Desert southeast of Maaleh Adumim, and infrastructures for a four-fold growth in tourism, to 10-12 million annual visitors.

Another government minister with a clear vision of a future expanded Jerusalem is Transportation Minister Yisrael Katz. He has said that Israel must become sovereign over the outlying areas of Yerushalayim and incorporate them into greater Jerusalem. With authority over transportation matters in Israel, Katz has overseen the revamping and expansion of Israel’s #1 highway, from Tel Aviv to Jerusalem, and has plans for more: another entrance to the city, including a mostly underground 3-mile stretch of highway leading from Motza to Har Nof, train and cable-car routes to the Old City and the Western Wall, and more.

Deputy Foreign Minister Tzipi Hotoveli is also on board: “Jerusalem must expand and become a major metropolis,” she said. “Joining the surrounding communities to the city will help change the demographic balance, and will enable the suburbs to develop for young couples who today can’t find affordable housing in Jerusalem. This approach will also enhance the status of Jerusalem.”

Following last week’s UN vote against recognition of Jerusalem as Israel’s capital, Chief Rabbi David Lau had some spiritual/national words of encouragement: “The bonds between Israel and Jerusalem don’t require proof or ratification. However, we must remember that the strength of these bonds in the eyes of the world is dependent on what Israel does – and certainly not on what the gentiles will say. When we are united, when we know clearly the extent of our connection with our capital city, when we strengthen its essence and our presence here and its opportunities – then Jerusalem be defended not only by 65 countries [that voted against the resolution, or abstained, or did not take part], but by many, many more.”

The fact that the world refuses to recognize our historic links with the Holy City is not surprising, Rabbi Lau says, “for the Mishnah teaches that in the generation of the footsteps of the Messiah, the truth will be invisible…. Jerusalem is mentioned in the Tanach [Bible] hundreds of times, and it has ever been every Jew’s dream and prayer. Yet a group of people can raise their hands for a vote, thinking they know better than everyone else – totally ignoring our long and ancient bonds with Yerushalayim. The fact that the simple truth is so invisible is a consolation, for it shows that we are truly in the times of the Messiah.”

For more information on the Greater Jerusalem plans, and on KeepJerusalem literature promoting them and the efforts to relocate the U.S. Embassy, or to become a strong advocate for keeping Jerusalem united under Israeli sovereignty, or for information on our bus tours in news-making areas of the capital, send an e-mail to tours@keepjerusalem.org. 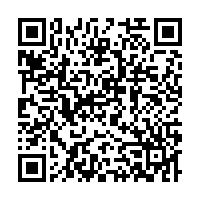