Answer: We explained the origins and some of the laws and customs related to Pesach Sheni last week, but there is need for further discussion. Unfortunately, due to our “comfort” in galut, we at times fail to appreciate or even see the wider picture – in this case, the reason not only for Pesach Sheni but for Pesach itself.

Pesach (Passover) is so named because Hashem passed over (i.e., spared) the Jewish households when he smote the Egyptian firstborn. In commemoration of this event, we have a commandment to bring a Korban Pesach every year on the 14th of Nissan and to partake of it on the evening of the 15th.

This sacrifice is imbued with such sanctity that one who is uncircumcised or ritually impure may not partake of it. So Hashem established a date a month later – Pesach Sheni – so that people can fulfill the mitzvah if their condition changes.

The Talmud (Yebamot 72a) relates that for the duration of the 40-year journey in the Sinai desert, the children of Israel didn’t circumcise themselves since no north wind blew there. Without this wind, which helps in the healing process, circumcision is dangerous. The Gemara states that this wind didn’t blow either due to the dispersal of the Clouds of Glory or due to the Jewish people being rebuked (for the sin of the golden calf – Rashi).

When they entered the land of Canaan, though, Joshua circumcised them and they were thus able to offer the Korban Pesach. So we see that in the past circumstances sometimes hindered the performance of a mitzvah, but as soon as they were resolved, the Jewish people attended to it.

So if Moshiach comes today, would we be required to bring the Korban Pesach on Pesach Sheni?

We are all assumed to bear corpse defilement, which normally means that we cannot fulfill this mitzvah. Yet, the Mishnah (Pesachim 79a) states as follows:

The Mishnah (supra 76b) states that the Korban Pesach is unique and thus may be eaten even in a defiled state since it’s brought specifically to be eaten (as opposed to burn on the mizbe’ach).

But if we follow the rule that tumah hutra b’tzibbur – by which we can ignore defilement that involves the entirety of the congregation – why did they wait until Pesach Sheni? Rashi (Sanhedrin 12a) explains that although tumat met is ignored, the tumah of idolatry is not, and that’s what the Jews had in the days of Chizkiyahu. That tumah needed to be cleansed from the Temple.

The Rambam (Hilchot Korban Pesach 7:1) rules like the Tanna Kamma that only individuals will be allowed to bring the korban, not the congregation. Perhaps the reasoning behind this ruling is that national tumat met can only be ignored in relation to bringing the korban on Pesach, not on Pesach Sheni.

Indeed, Pesach Sheni was created specifically for individuals who could not offer the korban Pesach alongside their brethren on the 14th of Nissan. As the Torah (Numbers 9:6-7) tells us:

“Va’yehi anashim asher hayu tmei’im l’nefesh odom ve’lo yochlu la’asot ha’pesach bayom hahu vayik’revu lifnei Moshe v’lifnei Aharon bayom hahu – And there were men who were impure due to human corpse tumah and were therefore unable to offer the paschal sacrifice on that day [the 14th of Nissan]; they came before Moses and before Aharon on that day. Vayomru ha’anashim ha’hema eilav anachnu tmeim l’nefesh odom lama nigara l’vilti hakriv et Korban Hashem b’moado b’toch Bnei Yisrael – And those men said to him: We are defiled due to human corpse tumah; why should we be at a loss by not being able to offer Hashem’s sacrifice in its proper time among the Children of Israel?”

Moses then tells them to stand as Hashem will issue a ruling on their behalf – which He does. These individuals were given an opportunity to offer the korban on a later date, on the 14th of Iyar. Thus, we see that Pesach Sheni was a solution for individuals, not the congregation as a whole.

So should we merit the arrival of Moshiach and the rebuilding of the Temple in time for Pesach Sheni, only certain individuals will bring the Pesach, not the congregation as a whole. Regardless, we await his arrival every day with great anticipation. May he arrive very soon. 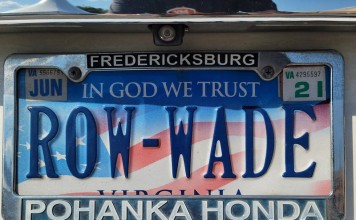 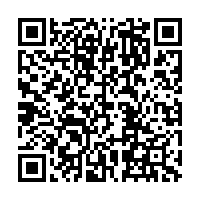