Question: What if one counted the omer but forgot to utter the blessing – has the obligation been fulfilled?

Why do we recite a blessing for this counting, when we find that for the zayin nekiyim – the seven clean days – there is no such blessing? Is the counting not similar?

Answer: If one counted the Omer but did not utter the blessing, he would indeed have fulfilled his obligation. The Gemara in the second perek of Berachot (15a) derives a similar conclusion in the case of a cherish, one who speaks but does not hear, who is instructed not to separate the teruma, since he will not hear his own blessing, a clear requirement we infer from the Mishnah (supra).

The Gemara responds that in this situation the mitzvah will nevertheless be fulfilled, since the beracha is only rabbinical. The Rabbis did not make the fulfillment of the mitzvah dependent on the beracha. Thus, the rule in halacha is that “ein beracha me’akevet.”

Pnei Yehoshua (ad loc.) argues that even had the blessings been biblical they would still not invalidate a mitzvah that is performed without uttering the blessing. The only reason the Gemara states that the blessing is rabbinical is to give an additional reason, but biblically required blessings would also not invalidate the mitzvah.

Regarding the mitzvah of Sefirat HaOmer, the Mechaber states (Orach Chayyim 489:7) that if one forgot to bless [and obviously also to count] all evening long, he is to count during the daytime [hours that follow] without a blessing.

This is so even though, as the Mishna Berura (ad loc.) notes, many poskim rule that the time to count is in the evening only; nevertheless, this would not be considered an interruption of the counting continuity and one then goes on to count each evening with a blessing.

Interesting is what we find in Shulchan Aruch Horav (Orach Chayyim 489:sk 12- sk13) “There are those authorities (see Rema ad loc) who opine that it is permitted to bless and count the Omer at dusk – bein ha’shemashot, [otherwise how does one find the case Rema mentions that if the congregation was blessing and counting at dusk he is better not to bless – even though he might count, now to borrow our Sages statement atu b’reshii askinan – surely we are not talking about the wicked?]. Nevertheless, our problem is that presently it is doubtfully night and the possibility exists that it might yet be the day that has passed.

If so, then how does one say [for example], “Today is two days in the Omer,” if it may still be the first day? The answer is that since the counting of the Omer is only rabbinical today [since as we are bereft of the Holy Temple and we are unable to bring the actual Korban Ha’Omer – the Omer sacrifice and all that remains of this mitzvah is that we count], and we have a rule (Shabbos 34a) that in matters that are safek d’rabbanan – where there is a doubt in the performance of a rabbinically mandated command – we are lenient. He further notes that some argue against this practice; therefore, one should a priori not bring himself to a mitzvah performance that has to rely on a leniency. Thus, one should wait until after tzeit ha’kochavim – when it is surely night, and then bless and count.

Further, we do well to look at Tosafot (Megilla 20b), who explain that some stars are visible by day; thus, we may extrapolate that bein ha’shemashot – dusk – might be an acceptable time to count [and perhaps even to bless].

Nevertheless, as we explained, even where one counted without blessing, he has also fulfilled the basic requirement of the mitzvah. 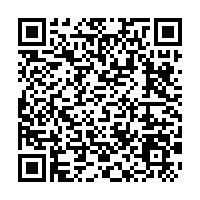