Question: A while back you wrote at length about ibur, the intercalation of the year, and noted that we rely today on a fixed calendar rather than the testimony of witnesses to determine the starting days of various yamim tovim. My question is – and I’m sure I’m not the first to ask this:

Why do we continue to celebrate two days of yom tov nowadays when we have a fixed calendar and know exactly when each festival starts?

Answer: This matter is discussed in Tractate Betza (4b), which serves as the source for our practice to observe two days of yom tov in the Diaspora.

R. Assi evidently maintains that the two days constitute one continuous period of sanctity – which leads the Gemara to ask: But didn’t R. Assi make havdala at the conclusion of the first day of yom tov? The Gemara answers that R. Assi himself was in doubt and therefore acted stringently to satisfy both possibilities.

R. Zera says that logic supports R. Assi since we observe two days of yom tov even though we are now well acquainted with the fixing of the months.

Abaye, though, maintains that logic supports Rav, for the Mishnah (Rosh Hashanah 22b) states that bonfires used to be lit to proclaim the new moon, but this custom ceased when Samaritans lit bonfires at other times to confuse the Jews (see Rashi s.v”Mishekilkelu hacuthim”). At that point, the Rabbis instituted that messengers should go forth to announce Rosh Chodesh. And those areas that the messengers couldn’t reach in time would observe two days of yom tov since they didn’t know when Rosh Chodesh was.

If the disruptive behavior of the Samaritans ceased to be an issue, says the Gemara, presumably everyone could go back to observing one day. So why do we still observe two days of yom tov now that we have a calendar and everyone knows when yom tov is?

The Gemara answers that “they sent word from there” (i.e., Eretz Yisrael): Hizaharu b’minhag avoteichem bi’yedeichem – Take heed of the customs of your ancestors that have come down to you; for the government one day might issue a decree (forbidding Torah study), and this might lead to confusion in ritual (people might eat chametz when it’s already Pesach – see Rashi ad loc.).

A minhag has great import, and we adhere to it even though in this case it doesn’t seem necessary considering that we have a set calendar.

The rule of observing two days of yom tov (except for Yom Kippur) applies of course only in the Diaspora where a doubt existed to begin with. In Eretz Yisrael, however, where the custom was always to observe one day only, the population observes only one day of yom tov.

We have other customs that are unquestionably accepted by the widest segments of Klal Yisrael for which no allusion exists in the Torah. One example is the minhag to wait six hours after eating meat to eat dairy.

The Mechaber (Yoreh De’ah 89) records this custom as a halachic ruling, while the Rema requires waiting only one hour. The Shach rules like the Mechaber.

The ruling is based on an assumption found in Tractate Chullin (105a) derived from a statement of Mar Ukva: “We only wait until the next meal.” The assumption is that we eat three meals a day, and thus there is a natural break of at least six hours between meals.

Tosafot (ad loc. s.v. “Li’se’udata acharina”) disputes this assumption and require only the “removal of the table” – referring to the ancient custom of removing the small individual tables set before each person at the conclusion of the meal and Birkat Hamazon. Tosafot’s explanation is the source of the Rema’s ruling.

Rashi (s.v. “Asur le’echol gevina”) has another explanation for waiting: Meat has fat that leaves a lingering taste in one’s mouth.

(See in this connection Talmud Yerushalmi, Yevamot 12:1, on the practice of performing chalitza with a sandal for another example of the primacy of minhagim.)

In Tractate Ta’anit (28b), the Gemara notes that on “18 days of the year we recite the whole Hallel, and they are: the eight days of Sukkot, the eight days of Chanukah, the first day of Pesach and the Festival of Shavuot – and in the Diaspora there are 21 days.

The Talmud then relates that Rav once traveled to Babylonia and noticed that people were saying Hallel on Rosh Chodesh as well. He had made up his mind to interrupt them since Rosh Chodesh is not one of the enumerated days when we recite Hallel, but when he saw that they were only reciting half-Hallel, he understood that they must be following a custom of their forefathers.

May we soon merit Mashiach at which point we will once again declare Rosh Chodesh with witnesses. 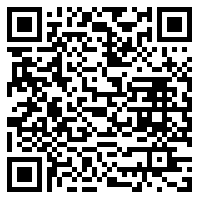