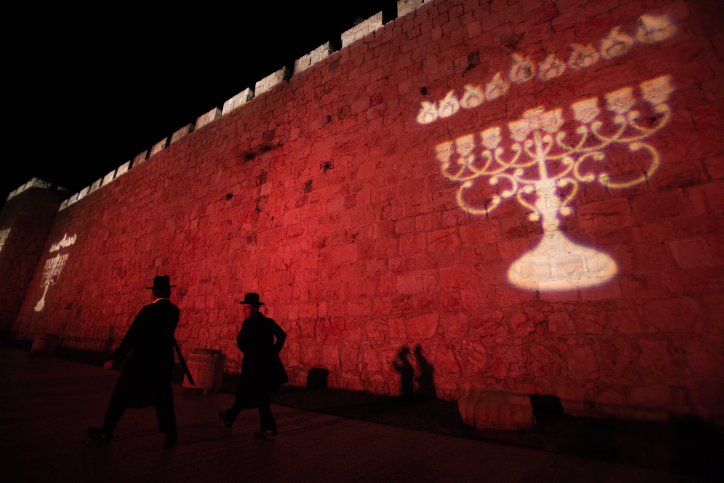 Hanukkah (Chanukah) celebrates the Jewish victory over the Syrian-Greek superpower in the second century BCE, during the time of the Second Holy Temple. It also celebrates the miracle of a little oil that lasted eight days. It is also known as the Festival of Lights.

Hanukkah is observed for eight days, starting on the 25th day of Kislev according to the Hebrew calendar. In 2020, Hanukkah begins Thursday evening December 10 and ends on Friday December 18.

On each of these eight evenings, we light a menorah to commemorate the miraculous Jewish victory 2,000 years ago. Some common practices are singing holiday songs, eating oily foods, and playing dreidel.

Hanukkah celebrates the Jewish victory over the Syrian-Greek superpower in the second century BCE, during the time of the Second Holy Temple. The Greeks emphasized external beauty, and attempted to secularize the Jews by abolishing key the Jewish practices of circumcision, Shabbat, and Torah study – under penalty of death. Many Jews (called Hellenists) began to assimilate into Greek culture, decaying the foundation of Jewish life and practice.

The story of Hanukkah is about this clash of cultures.

When the Greeks challenged the Jews to sacrifice a pig to a Greek god, a band courageous Jews took to the hills (near modern-day Modi’in) in open revolt against this threat to Jewish life. The Jewish priest Matitiyahu, and later his son Judah the Maccabee, led a guerrilla warfare against the Syrian-Greek army. After three years, against incredible odds, the Maccabees miraculously defeated the superpower of that time.

The Jewish warrior heroes recaptured the Holy Temple in Jerusalem, cleansed it of idols, and re-dedicated it on the 25th day of the Jewish month of Kislev. Wanting to re-light the Menorah, they searched the entire Temple, but found only one jar of pure oil bearing the seal of the High Priest. That small jar of oil miraculously burned for eight days straight, until a new supply of oil could be brought.

To publicize this historic victory and the miracle of the oil, Jews today observe a “Festival of Lights” for eight days – lighting a menorah for eight nights.

A menorah is lit in every household, and also in the synagogue. In Ashkenazi tradition, each person lights his own menorah. Sefardi tradition has just one menorah per family.

What Menorah to Light

To publicize which night of Chanukah it is, all eight candles on the menorah should be at the same height – and preferably in a straight line. Otherwise, the candles may not be easily distinguishable and may appear like a big torch.

In addition to the eight main lights, the menorah has an extra helper candle called the “Shamash.” Since the Shamash does not count as one of the eight regular lights, your menorah should have the Shamash set apart in some way – either placed higher than the other candles, or off to the side.

See some tips on menorah safety.

What Candles to Light

The candles must burn for at least 30 minutes after nightfall. (Those famous colored candles barely qualify.) Many Jewish bookstores sell longer colored candles.

Actually, it is preferable to light with olive oil, since the miracle of the Maccabees occurred with olive oil. Small glass cups containing oil can be placed in the candle holders of any standard menorah. You can also purchase a box of pre-measured oil in disposable cups.

See more detailed instructions for what type of menorah, oil and wicks.

To best publicize the miracle, the menorah is ideally lit outside the doorway of your house, on the left side when entering. (The mezuzah is on the right side; in this way we are “surrounded by mitzvot.”) If this is not practical, the menorah should be lit in a window facing the public thoroughfare.

One who lives on an upper floor should light in a window. If for some reason the menorah cannot be lit by a window, it may be lit inside the house on a table; this at least “publicizes the miracle” for the members of the household.

Since the mitzvah occurs at the actual moment of lighting, moving the menorah to a proper place after lighting does not fulfill the mitzvah.

See more detailed instructions for where to light the menorah.

The preferable time to light the menorah is at nightfall. It is best to light in the presence of many people, to “publicize the miracle” and add to the family atmosphere. The menorah can still be lit (with the blessings) late into the night, as long as people are still awake.

The menorah should remain lit for at least 30 minutes after nightfall. As we are forbidden to use the Chanukah lights for any purpose other than “viewing,” during those 30 minutes no use should be made of its light.

On Friday afternoon, the menorah should be lit 18 minutes before sundown. And since the menorah needs to burn for 30 minutes into the night, the candles used on Friday need to be bigger than the regular “colored candles” (which typically don’t burn longer than a half-hour).

See more detailed instructions for lighting on Friday afternoon, and special guidelines for travelers and guests.

See this simple, animated guide on how to light Hanukkah candles.

On the first night, place one candle at the far right, as you face the menorah. Another candle is placed for the Shamash (taller helper candle) which is used to light the others. It is not counted as one of the candles.

Step-1: Light the Shamash
Step-2: Recite the blessings
Step-3: Use the Shamash to light the Chanukah candle.

On the second night, place two candles in the two far-right positions –and use the Shamash to light them in order, from left to right. Follow this same procedure each night of Chanukah… until all the lights are kindled and glowing brightly!

Blessings on the Hanukkah Candles

The first two blessings are said with the Shamash already lit, but immediately prior to lighting the Chanukah candles.

Blessed are You, the Lord our God, King of the universe, Who sanctified us with His commandments, and commanded us to kindle the Chanukah light.

Blessed are You, the Lord our God, King of the universe, Who made miracles for our forefathers, in those days at this season.

This blessing is said on the first night only.

Blessed are You, the Lord our God, King of the universe, Who has kept us alive, sustained us, and brought us to this season.

The following paragraph is said each night, after the first light has been kindled:

We kindle these lights for the miracles and the wonders, for the redemption and the battles which You performed for our forefathers in those days at this season through Your holy priests. During all eight days of Chanukah these lights are sacred, and we are not permitted to make ordinary use of them, but only to look at them — in order to express thanks and praise to Your great Name, for your miracles, Your wonders, and Your salvation.

How to Celebrate Hanukkah

The main way to celebrate Hanukkah is by lighting the candles of the menorah. See above for clear instructions on how to light the Hanukkah candles and fulfill this important mitzvah. Hanukkah is also a favorite family time. For a great Hanukkah party, after lighting the menorah, enjoy these time-honored customs:

Families enjoy sitting in the glow of the menorah, having a Hanukkah sing-a-long of favorite tunes. The first song traditionally sung after lighting the candles is “Maoz Tzur” (Rock of Ages).

We spin the dreidel, a four-sided top with a Hebrew letter on each side (sivivon in Hebrew). We play the dreidel game (infographic), which has deeper meaning and invites “inspiration from above.”

On Hanukkah, in commemoration of the miracle of the oil, we eat foods cooked with olive oil. Enjoy these fried potato pancake (latke) recipes, or incredible gourmet latkes, using these four steps to the perfect latke. (Don’t forget the apple sauce and sour cream!) For the Israeli version of “oily food,” use this “how-to” guide for great homemade doughnuts (sufganiyot).

On Hanukkah, many have the custom to share gifts, giving Hanukkah “gelt” (money or foil-covered chocolate coins) to children. Meaningful options are Hanukkah gifts for husbands, for wives, and for children. (Hint: “less presents, more presence.”)

During Hanukkah, a special paragraph describing the Chanukah miracle – “Al Hanisim” – is added to the Amidah prayer, and also to Grace After Meals. The “Hallel” prayer is said daily.

Try these fun family ideas for Hanukkah, including a Hanukkah coloring book, illustrated Hanukkah stories for kids (also here), and an animated poem for all ages, “Twas the Night before Hanukkah.”

While the ancient Greeks enlightened the world with art, philosophy and science, they limited the human condition to the physical and intellectual realms. The spiritual component, indispensable to the Jewish worldview, was not part of the Greek worldview; thus our tradition associates the Greeks with forces of darkness.

The holiday of Hanukkah, established to commemorate the Jewish battle against cultural assimilation, has great relevance today, as we again confront a struggle for Jewish survival. Indeed, the emphasis on external appearance is a prominent theme in modern society.

Over the centuries, the message of how Hanukkah has unexpectedly ignited the Jewish spark. Read these true stories from: Bergen Belsen, Nazi-occupied France, the Soviet Gulag, a Grateful Dead concert, a fraternity party, the crime-ridden streets of Seattle, and a lonely Jewish soldier in Iraq.

Hanukkah often coincides with another holiday season, leaving Jews in Christian-majority countries to grapple with the meaning of being Jewish. Check out these incredible true stories of: a teenager at a Canadian ski resort, the daughter of Saturday Review editor Norman Cousins, the child of a Holocaust survivor, Israel-born actress Natalie Portman, and Jews facing this quandary in a town in Iowa, backpacking across Europe, at a ski resort, and amidst a blackout in New York.

Enjoy these Hanukkah video messages by your favorite speakers including: 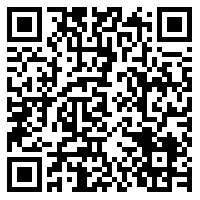