Unlike the Babylonians and Romans, the Syrian-Greeks were not interested in destroying the Beis HaMikdash. On the contrary, they wanted to preserve it, but in a manner that confirmed the dominance of secular philosophy.

That’s why, in sacking the Beis HaMikdash, they specifically defiled all the pure oil for the menorah. Theirs was a deliberate battle against the concept of kedushah, of dedicating everything in the physical world to the service of Hashem (which elevates it and establishes its intimate connection with Hashem).

The question becomes even stronger when we realize that, according to halacha, it’s permitted to use defiled oil if no pure oil is available.

The Jews, though, having defeated the Syrian-Greeks against all odds, were determined to rededicate the Beis HaMikdash in the most ideal fashion and to ensure that it remained at its maximum purity and holiness in the face of all external threats. And Hashem performed the great miracle of the oil to demonstrate His approval of their exalted desire.

For chassidim, Kislev features another celebration. On the 19th of Kislev in 1798, the Alter Rebbe was released from Czarist imprisonment. Until then, expansion of the chassidic movement and dissemination of its profound teachings had been severely limited by opposition of some Torah leaders who didn’t see the Torah moorings of Chassidus and regarded it as revolutionary phenomenon undermining their authority.

The Alter Rebbe’s release from prison signaled official government approval of the movement’s development. And, indeed, in the years following, the Alter Rebbe’s chassidic teachings were explained more profoundly, more comprehensively, and at far greater length than they had been previously.

This expansion and development of chassidic teachings continued under the Alter Rebbe’s successors – the six subsequent generations of Chabad-Lubavitch Rebbes until our own time. In each generation, the Rebbe leading the generation explained chassidic concepts in greater depth, to the extent that what had often not been fully understood by chassidim in previous generations now became crystal clear.

The special accomplishment of the 19th of Kislev was enshrined for eternity when the Alter Rebbe’s great-great-grandson, the Rebbe Rashab (1860-1920) in 1901 proclaimed it the “Rosh Hashanah of Chassidus,” a day that, like Rosh Hashanah itself, is a source of spiritual vitality – in this case as it relates to the vitality imparted by Chassidus for serving Hashem.

Although the liberation of the 19th of Kislev happened almost 2,000 years after the miracle of Chanukah, they must be connected somehow if they both happened, by Divine Providence, in the same month.

The Chanukah miracles ensured the purity of the Beis HaMikdash, which represents the body of the Jewish people, for every Jew’s body is, on a certain level, a little Beis HaMikdash, which we are duty-bound to keep pure and holy. The miraculous release of the Alter Rebbe on the 19th of Kislev ensured that the Torah we learn and the mitzvos we observe are permeated with awe of Hashem and His love, without which, the Zohar says, they don’t rise up into the spiritual realms.

So studying Chassidus allows us to preserve our purity and inspiration and ensures that our Torah study isn’t diverted by selfish motives, thus preserving our soul’s purity, which is reflected in the theme of Chanukah. 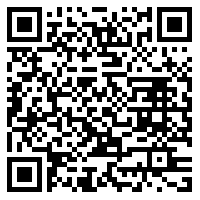