Overtime proved to be as tense and white-knuckled as the fourth quarter. Halfway through, New London grabbed a defensive rebound and charging toward their basket when Monona’s forward poked away the ball and broke away. In a slick maneuver he managed to split the defense and went up virtually slamming it to give Monona Grove the lead.

One-and-a-half minutes later Monona Grove was leading by three points with only seven seconds left in overtime. For a bettor, the Eagles seemed to be a safe wager to cut down the nets. New London, however, was not yet ready to roll over, and their do-everything forward, Matt Herst – the one that Dan Zweifel would later regret not assigning a man-to-man – did an acrobatic toss from way beyond the arc, tying the game.

Second overtime, here we come – unless Monona Grove could convert a miracle with no seconds to spare. Their strategy was a no-brainer. All year long Andy Witte was the Eagles’ top scorer and when the going was rough, the big man came up biggest. Their only prayer was to get the ball to Witte once he was in range and set up a screen.

Eagles guard Chad Wurth raced the ball down the court and found his man. As he released his pass, the referee blew his whistle and the fans jumped up in incredulity. The official pronounced what the press has labeled, “the worst call in the history of the State Tournament!”

The supposed offense – a foul so hard to call that it has subsequently been eliminated as a violation from basketball’s rules and regulations – was “charging a defender.” In other words, as the guard prepared to release his pass he interfered with a defender from New London. The video capture of the foul shows the ball had already been released before contact was made between the two players (i.e., no possibility of a foul).

Alas, basketball is refereed by those on the court in favor of those with a zoom lens and playback capability. No one disputes this and no one disputes what the penalty should be for such a violation: transfer of possession.

Well, almost no one.

The referee sent New London to the line for a one-and-one. Not only is such a call unprecedented, it was also a violation of the unspoken rule that teams decide a game’s outcome, not an official.

New London sunk their two foul shots with less than three seconds left in the game. Monona Grove heaved a full court desperation shot at the buzzer, missing the basket and their tenaciously fought and fervently dreamt for fairytale ending.

And that is where this story begins.

It was then, after New London cut down the nets, that Monona Grove showed who the true champions were. They neither whined nor complained, vilified the ref, banged the court, or smacked their fists. Yes, there were tears, and even Coach Zweifel, who was compelled to conduct an interview after the game, had no brief words of consolation to offer his team before he faced the microphone.

But team leader Andy Witte, who always came up big, this time came up huge. And this is what he said to a sorrowful bunch of high school kids hunched over in the locker room: “We have nothing to be ashamed of. Nobody thought we would even be here… and we made it.”

Those few words, sincerely offered by a colleague, were like blood for an ischemic heart. To a man, the players raised their heads and gave each other an encouraging slap on the back, knowing that he spoke the truth.

With a straight back and a deliberate gait they emerged from their locker room where the reporters were waiting for them. The men of the press wanted to know but one thing: What do you have to say about “the call,” as it had already been dubbed? Not only did the players not succumb to the egging of the reporters – “Can you believe the unfairness of the call?” “After a full year of overcoming obstacles, how does it feel to lose State on a botched call?” “If New London would have received such a call in the last seconds of the game, what would you have said?” – they totally averted the subject.

No one blamed the call; no one voiced a complaint. They had only positive things to say. They waxed about how much fun it had been to make it to the championship and how it had been the dream of their youth fulfilled.

The Eagles players could have just as easily – indeed much more easily – been sour and accusatory. But not only had they been taught how to shoot and how to defend but also, as Coach Zweifel called it, “how to assume ownership for their actions.” And when the test came, smiling and good-natured, they aced it.

Sportsmanship is the breakfast of champions, and they had been well fed.

This would be further vindicated that evening when Dan Zweifel, Assistant Coach Mark Toijala and former high school chum James Hutton were reminiscing the day’s events in the back corner of a nearly empty diner. All in all, it was a bittersweet discussion until Andy Witte walked through the door.

He was passing the eatery when he spotted Coach Zweifel’s van parked in front. The three were nursing beers and mourning over what had been deprived them by an outrageous call. They could have been – should have been – pouring champagne, but instead were glaring down at their ale. Until Witte entered with a slam dunk.

Perplexed by their glum expressions, he had something important to share. “How does a kid thank a staff that had enough faith in us, to work us to where we could be? What do I say to those who got us here today?

“Maybe there are more profound ways of saying it, but I just want to say – on everyone’s behalf – ‘thank you.’ You made it so much worth the effort. We did everything we could today on the court, but we know that it was you who got us there. We cannot thank you enough.”

Gratitude and sportsmanship are inextricably bound insofar as they are both focused on others. And just as there is a natural resistance to gratitude, for it implies being beholden to others, sportsmanship also recognizes the importance of others. Gratitude diminishes envy, for it challenges the sense of entitlement.

And this was the big win: Instead of anger, gratitude. Instead of frustration, appreciation. 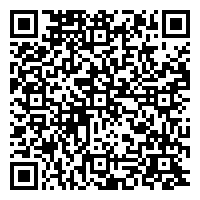