Sophie, 46, was still waiting for her bashert.

Meanwhile, she would jump at every chance to visit Israel. Her body was anchored in Golder’s Green, but her soul was connected to Jerusalem.


Petite, red-haired, vivacious, and bursting with emunah, Sophie was everyone’s friend. This time, she had traveled to Israel to attend the wedding of the children of two friends – she knew the families of both the chosson and kallah. In the span of two weeks, she would attend the aufruf, wedding, and sheva brachos of this couple.

She also had a long list of friends in and outside of Jerusalem whom she had to visit. Equally important were the shiurim on Monday and Tuesday mornings and Sunday and Wednesday evenings, a visit to Kever Rachel on Friday morning, and whatever special lectures, conferences, or performances she could find that were being held in English during her stay.

Three days into her trip, she returned from her morning shiurim and decided that she must get to the Kotel for Mincha. Today was erev Rosh Chodesh, and a friend had told her that she could say the special Yom Kippur Katan prayer at Mincha. Sophie gulped down a fruit smoothie, showered, and changed into a stunning and very expensive outfit that she had purchased especially for the sheva brachos that night, which was being hosted by grandparents at the Ramada Hotel. Her plan was to get to the Kotel for Mincha and continue on from there to the sheva brachos.

Sophie eagerly anticipated her meanderings through the ancient streets of the Old City of Jerusalem where her ancestors had walked thousands of years ago. She marched through Jaffa Gate past the moneychangers, the colorful garments for sale, and the groups of foreign tourists snapping pictures on their new-model cameras. She veered toward the right, past David’s Citadel, and inhaled the spicy aromas wafting out of the Armenian restaurants she passed, wondering whether if it was a problem to smell non-kosher food. Sophie made a mental note to ask her rabbi about that upon her return.

Sophie knew the shortcut, so she turned left into St. James Street and soon reached the edge of the Jewish Quarter. The sun was beginning to descend. Not wanting to miss the chance to recite the special Mincha, she hurried to her destination. On a whim, she decided to go through the Aish Hatorah building, which she knew well from the beginning of her journey back to her heritage on an Aish Discovery program. Many of the building’s rooms have views of the Kotel, but she remembered that one particular room had a window with an unparalleled view.

As she burst into the room, she gasped. Not only at the view, but at her sudden realization that since 30 days had elapsed since she had last seen the Kotel, she was obligated to do k’riah – to rend her garment as a sign of mourning. Back in London she had packed an old t-shirt to tear, but in her elaborate preparations for the sheva brachos that afternoon, she had left the shirt on her bed. Without doing kriah, she could not daven facing the Kotel. But how could she tear her expensive blouse and then go the sheva brachos at the hotel? Meanwhile, the bright orange sun was descending lower and lower.

“Help me, Hashem!” Sophie sobbed. “I came all the way from London to pray to you, to be close to you, near to where your Shechina resides. Please help me.” Suddenly, in stormed a class full of high school yeshiva boys, led by their rebbe. The rebbe mumbled something to her in Hebrew, and since her Hebrew language skills were nonexistent, she thought that he was asking her to leave. As she turned toward the door, Yirmi, her friend Feigie’s 15-year-old son, called out to her in English.

“Sophie! What an amazing surprise to see you! Ima has been asking about you. But what are you doing here in this classroom?” Overwhelmed by seeing a familiar face and hearing a familiar language, Sophie poured out her troubles to young Yirmi.

Kind and confident Yirmi assured her that he would take care of everything. He exchanged a few words with his rebbe, who was shouldering a knapsack full of white t-shirts. The rebbe had brought his boys to this particular classroom because the view from the window made it an ideal place to do k’riah. Along with the rest of the boys, Sophie accepted one of the t-shirts, and gratefully did her k’riah. Yirmi then helped her, in English, with the special Yom Kippur Katan tefillah.

Relieved and relaxed, Sophie set out toward the Kotel to continue her prayers. 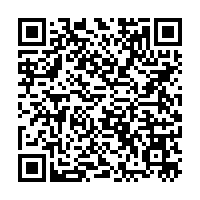