OK, I admit it – I was skeptical at first.

A vaccine – so quickly…could it really have been properly tested?


Even when I heard from my nephew in Los Angeles that he and his wife (a nurse) were among the volunteers in stage III of the Pfizer testing process, I wasn’t enthusiastic.

Aren’t you taking a terrible risk? How do you know it’s safe?

His assurances didn’t assure me.

I’m a skeptic by nature.

But I’ve changed over the last few years.

When I had cancer recently a rav sent me a message through one of my sons-in-law. “Tell your mother-in-law that she’s got to work on her bitachon.”

It took me some time to work out what he meant. I was sure I had emunah and bitachon i.e. Faith and Trust in Hashem. But he was telling me to work particularly on my bitachon – my trust and confidence in Hashem.

I finally got it ( I think). It wasn’t enough to know that Hashem runs the world. I have to let go and leave it up to Him. I have to do my hishtadlut, whatever I needed to do medically, daven and then…stop worrying.

And then Covid-19 arrived.

We all quickly learned that we have no control over anything. We don’t know anything about this virus – not what caused it, exactly how it spreads, nor what can cure it.

And I remembered the rav’s words and the message I had taken from it.

I worked hard on my bitachon. Hashem had brought this upon us and He would save us from it. We are told that Hashem usually likes his miracles to appear inside nature, as though He had nothing to do with it.

What better tool could He use than a vaccine ‘supposedly’ invented by scientists.

I tossed and turned for a night. Should I/shouldn’t I take the vaccine.

I was one of the first to be offered it here in Israel where medical staff and over 60s were first in line.

“Don’t be a guinea pig,” many people said. “Let others have it first. Wait to see what happens to them.”

“What exactly are you waiting for?” I asked.

I called and asked for a slot to have my vaccine.

They gave me a date. It was the day of my 70th birthday.

I smiled to myself . I felt a celestial hug. Thank you Hashem for this special birthday present. In about four weeks time after my second shot be”H I’ll be able to hug my children, grandchildren and great-grandchildren… three of whom I have never been able to touch as they were born during the pandemic. 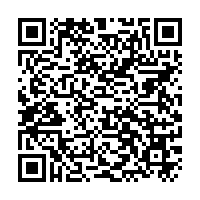