When I had an accident many years ago, one of the non-frum neighbors, the gentleman, would drive me to physical therapy, as he was a part time college professor and his schedule allowed him spare time during the day. He would shop for me, and ask me to advise him of anything he could be of help with. My wish was his command.


The wife was a very special good-natured person, as well, but not quite so healthy. We shared many laughs when we happened to meet outside the house and she was always upbeat. One sunny day she uprooted one of her hosta plants, which is a beautiful green plant that grows bigger every year. She had several, and placed one in my soil, which enhances my garden. It is a perennial, so it sprouts every year. It always puts a smile on my face as I then remember how kind and generous she was.

Unfortunately, cancer called and she passed away about a year ago. She happened to be a ger. Naturally my thinking all the years was “OK, she is a ger, but since she’s not religious who would have converted her?” After she died another frum neighbor on the block decided she needs someone to say Kaddish for her. They took the time to ask for her conversion papers and lo and behold, she was converted by an Orthodox rabbi many years ago. A few frum people on the block got together and were indeed thrilled to pay someone to say Kaddish for her, since she was converted Orthodox. She was very much missed and this was the least, and the most, we could do for her. Naturally, the family was honored.

Recently, I was outside and noticed two Lubavitcher boys placing fliers in all the mailboxes where they noticed a mezuzah, as Lubavitcher are known to do. They happened to meet this neighbor and saw he wasn’t frum. They inquired if he would like to put on tefillin. It appeared to me from the conversation that they had attempted this of the neighbor several times in the recent past and he saw no reason to do this and refused. I came along and heard the conversation, and intervened.

I advised him it only takes a minute or two and if he doesn’t like it, he never has to do it again; please just give it a try. Trusting my word, and on my say so, he opened the door to let these two boys in. Afterward. I was wondering how he felt about this; maybe he wasn’t so thrilled about this intrusion.

A few weeks later, it was Chanuka and I met him outside once again as I was walking home from shul. I was waiting for his comment about these two boys, or maybe complaint. I surely was not going to start the conversation. He let me know that these two boys come to his house now every Friday and he is happy to put on the tefillin. And to add to that, they gave him a menorah to light candles instead of his usual electric menorah. He seemed very pleased about the whole event. One never knows where this can lead at any age.

And me, what can I say? I feel honored to be part of this mitzvah. I am happy to give back to him for all he was available to do for me, and continues to be a friendly kind person. Hashem doesn’t cease to bring miracles, and we are fortunate to see them, or be a participant of them. Let’s hope for peace for all Klal Yisrael. And all who need miracles and Hashem’s help should be fortunate to receive it. 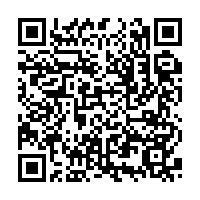