I was in a hurry. I was on my way to shul to attend my grandson’s bar mitzvah, yet I took a moment to stop on the way to wish my dear friend Marsha a good Shabbos.

We forged a connection nearly 40 years ago when I returned to the States after my husband completed his Air Force tour of duty.


I had many adjustments to make.

First, we were returning to civilian life.

After several years of tears, and fears that I might not be blessed with children, I was returning with two little ones, Baruch Hashem. Our second baby, was just turning 6 weeks of age and the military would not let us fly until she was fit enough to make the trip.

This was just one example of the so-called cocoon existence that we had enjoyed for the previous 3-plus years. I had to re-learn that I could not go to the base hospital 24/7 with any query that I had. I had to wait my turn after making appointments for office visits now?

I couldn’t go to the BX (Base Exchange) store to shop where prices were half of what one paid stateside.

In addition, I was attempting to nurse Baby #2 and had not been too successful with nursing her big sister, but this is where Marsha came in. I was matched-up with her. She would coach me.

Her warmth came through the telephone wires.

We spoke whenever I needed some encouragement. Eventually, however, my daughter got bigger and I stopped nursing. Eventually Marsha and I no longer spoke until recently.

I am a volunteer mentor for Yeled v’Yalda. My client needed housing advice. It was suggested that I get in touch with Marsha who now worked for the Southern Brooklyn Community Organization (SBCO), an organization specifically targeted to assisting folks with housing issues.

I was pretty excited as I dialed her number.

“Marsha, is it really you, after all of these years?”

“Penina, I’ve been following you in The Jewish Press all of these years!”

Nearly 40 years later, we picked up right where we left off and we’ve been in touch constantly ever since.

But, as crazy as it sounds, we never met face-to-face until we discovered that on the same Shabbos, she would be visiting her daughter in Monsey while I would be attending my grandson’s bar mitzvah.

I didn’t know my way around the neighborhood but nothing could prevent me from “reuniting” with my dear friend.

I found her daughter’s house and knocked on the door.

“Nu Marsha, where are you?”

She was busy putting on her shaitel but I was impatient.

“Marsha, don’t you think that after 40 years of friendship you can meet me in your snood?”

I recited Shehechiyanu when I met/reunited (?) with Marsha. Yes, I asked my husband if meeting a true friend for the first time merited reciting the bracha and he said that for sure I could.

We speak all of the time now.

Our “reunion” was very special. 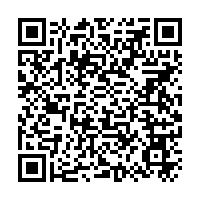