Several of my children live out-of-town, so while it is wonderful to entertain the notion of us all getting together for a family occasion, in acknowledging their myriad familial as well as communal duties, I never offer my opinion as to whether or not they should make it a priority to attend. To my utter delight, however, they decided amongst themselves, that they would ALL participate as a family unit.


One daughter flew in from the UK for a mere 50 hours – quite an amazing feat!

I take my cue from my dear mother, obm, who made it her business to cement close relationships with her Israeli grandchildren decades ago, before the advent of e-mails or even faxes. Today, thank G-D, one can forge close connections via emails/texts and on-line chats, etc., yet, a mother is a mother and misses her kinderlach, but then too, a daughter will miss her mother forever!

It was during this month of celebration, that we commemorated my mother’s 10th yahrzeit.

Mommie passed away on Shabbos, which did not surprise me in the least since in her last months she kept asking when Shabbos was, so I sensed that Hashem would indeed take her home on this holy day.

As we gathered together for the Friday night Shabbos meal, my youngest daughter, our hostess, encouraged us to join her in making a l’Chaim to their dear “Grama” expressing the shared sentiment that she is missed daily, for it was challenging to celebrate our wonderful family smachot without my mother’s physical presence yet, my children had a surprise in store for me.

Their departure coincided with the yahrzeit so before leaving for their respective homes, they arranged to take us to the Beis HaChaim “to visit” my parents, obms, who rest side-by-side. Some of them never knew my father, obm, so it was poignant to witness the kavod that they extended to him as well.

My son, a member of the Chevra Kadisha, led us with the customary perokim of tehillim. When he finished intoning the Keil Malei Rachamim for my parents, obms, it just about did us in, but simultaneously, I felt comforted that my parents were being given the kavod that they so richly deserved.

While noting the soiled condition of the stones, for which my daughters and my son assiduously rubbed down the matzeivot with wipes, one of my girls unintentionally lightened the somber mood by noting that “Grama could never abide by uncleanliness of any sort!”

Later on, when departure time arrived, for first time in the two decades of my children’s leave-takings, I felt strengthened by the timing (al pi Hashgocha Protis) of Mommie’s yahrtzeit coinciding with the departure day, for in a sense by honoring my mother, I received the chizuk that only my mother could offer me, as I try my mightiest to follow her example by giving my children the wings to fly, not only symbolically, but literally as well. 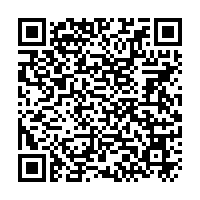