Following that sicha, there were many farbrengens and gatherings where Chassidim discussed what the Rebbe meant and brainstormed for ideas for how they could implement the Rebbe’s request.

Reb Yoel continued to ask the flip side of that same question: If the Rebbe did everything he could to bring Moshiach, then how can we be successful where, so to speak, the Rebbe was not?

These were the two questions of Reb Yoel, which he proceeded to answer.

This is why the Rebbe said in 5750 (1990) that the work of avodas habirurim (refining the world during golus) is completed, which means that we have reached a point that Moshiach can come. Therefore, it is most not understood why Moshiach has not yet come.

But there’s one thing that we have to do ourselves, that no one can do for us. Namely, we have to want Moshiach to come. Cultivating and awakening this desire is something we have to do. Almighty G-d cannot do that for us.

Nu, it’s up to us. It’s in the hands of each individual. Perhaps we can have our children prepare a dvar Torah to say at the Shabbos meal that is connected with the coming of Moshiach. We can ask the teachers in school to discuss the topic of Moshiach more often. In this way, our children and we ourselves can start relating in a more real way to the idea of Moshiach’s imminent arrival, and develop a desire for his coming.

This is perhaps what the Rebbe meant. “I did everything I could. Now you have to do something that only you can do, and no one can do it for you.” Namely, that we should want Moshiach to come speedily in our very own days. 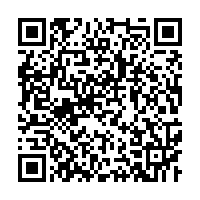