In this week’s parsha, Moshe reaches his lowest ebb. Not surprisingly. After all that had happened – the miracles, the exodus, the division of the sea, food from heaven, water from a rock, the revelation at Sinai and the covenant that went with it – the people, yet again, were complaining about the food. And not because they were hungry; merely because they were bored. “If only we had meat to eat! We remember the fish we ate in Egypt for free—and the cucumbers, melons, leeks, onions and garlic.” As for the miraculous “bread from heaven,” although it sustained them, it had ceased to satisfy them: “Now our appetite is gone; there’s nothing to look at but this manna!”

Any leader might despair at such a moment. What is striking is the depth of Moses’ despair, the candor with which he expresses it, and the blazing honesty of the Torah in telling us this story. This is what he says to God:

“Why have You brought this trouble on Your servant? What have I done to displease You that You put the burden of all these people on me? Did I conceive all these people? Did I give birth to them? Why do You tell me to carry them in my arms, as a nurse carries an infant, to the land You promised on oath to their ancestors? If this is how You are going to treat me, please go ahead and kill me—if I have found favor in Your eyes—and do not let me face my own ruin.”

Every leader, perhaps every human being, at some point in their lives faces failure, defeat, and the looming abyss of despair. What is fascinating is God’s response. He does not tell Moses, “Cheer up; pull yourself together; you are bigger than this.” Instead He gives him something practical to do:

“Gather for Me seventy of the elders of Israel … I will take some of the spirit that is on you and put it on them; and they shall bear the burden of the people along with you so that you will not bear it all by yourself.”

It is as if God were saying to Moses, “Remember what your father-in-law Jethro told you. Do not try to lead alone. Do not try to live alone. Even you, the greatest of the prophets, are still human, and humans are social animals. Enlist others. Choose associates. End your isolation. Have friends.”

What is moving about this episode is that, at the moment of Moses’ maximum emotional vulnerability, God Himself speaks to Moses as a friend. This is fundamental to Judaism as a whole. For us God is not (merely) Creator of the universe, Lord of history, Sovereign, Lawgiver and Redeemer, the God of capital-letter nouns. He is also close, tender, loving: “He heals the broken-hearted and binds up their wounds” (Ps. 147:3). He is like a parent: “As a mother comforts her child, so I will comfort you” (Is. 66:13). He is like a shepherd; “Though I walk through the valley of the shadow of death I will fear no evil for You are with me” (Ps. 23:4). He is always there: “God is close to all who call on Him – to all who call on Him in truth” (Ps. 145:18).

In 2006, in the fittingly named Hope Square outside London’s Liverpool Street Station, a memorial was erected in memory of Kindertransport, the operation that rescued 10,000 Jewish children from Nazi Germany shortly before the outbreak of war. At the ceremony one of the speakers, a woman by then in her eighties who was one of the saved, spoke movingly about the warmth she felt toward the country that had given refuge to her and her fellow kinder. In her speech, she said something that left an indelible impression on me. She said, “I discovered that in England a policeman could be a friend.” That is what made England so different from Germany. And it is what Jews discovered long ago about God Himself. He is not just a supreme power. He is also a friend. That is what Moses discovered in this week’s parsha.

Friends matter. They shape our lives. How much they do so was discovered by two social scientists, Nicholas Christakis and James Fowler, using data from the Framingham Heart Study. This project, started in 1948, has followed more than 15,000 residents of Framingham, Massachusetts, examining their heart rate, weight, blood levels and other health indicators, on average every four years. Its purpose was to identify risk factors for heart disease. However, Christakis and Fowler were interested in something else, namely the effects of socialization. Does it make a difference to your health whether you have friends, and if so, what kind of people they are?

Their discoveries were impressive. Not only does having friends matter, so too does having the right ones. If your friends are slim, active, happy and have healthy habits, the likelihood is that you will too, and the same is true of the reverse. Another study, in 2000, showed that if at college, you have a roommate who works hard at his or her studies; the probability is that you will work harder. A Princeton study in 2006 showed that if one of your siblings has a child, you are 15% more likely to do so within the next two years. Habits are contagious. They spread through social networks. Even your friends’ friends and their friends can still have an influence on your behavior.

Jordan Peterson, in his 12 Rules for Life, marshals his own experience and that of his contemporaries, growing up in the small, isolated town of Fairview, Alberta. Those who chose upwardly mobile individuals as friends went on to success. Those who fell into bad company fared badly, sometimes disastrously. We can choose the wrong friends, he says, precisely because they boost our self-image. If we have a fault and know we do, we can find reassurance in the fact that the people we associate with have the same fault. This soothes our troubled mind but at the price of making it almost impossible to escape our deficiencies. Hence his Rule 3: Make friends with people who want the best for you.

None of this would come as a surprise to the sages, who pointed out, for example, that the key figures in the Korach rebellion were encamped near one another. From this they concluded, “Woe to the wicked and woe to his neighbor.” In the opposite direction, the tribes of Yehudah, Issachar and Zevulun were encamped near Moses and Aaron, and they became distinguished for their expertise in Torah. Hence the Midrash, “Happy the righteous and happy his neighbor.” Hence Maimonides’ axiom:

It is natural to be influenced in character and conduct by your friends and associates, and to follow the fashions of your fellow citizens. Therefore one ought to ensure that your friends are virtuous and that you frequent the company of the wise so that you learn from the way they live, and that you keep a distance from bad company.

In the end this is what God did for Moses, and it ended his depression. He told him to gather around him seventy elders who would bear the burden of leadership with him. There was nothing they could do that Moses could not: he did not need their practical or spiritual help. But they did alleviate his isolation. They shared his spirit. They gave him the gift of friendship. We all need it. We are social animals. “It is not good to be alone.” (Genesis 2:18)

It is part of the intellectual history of the West and the fact that from quite early on, Christianity became more Hellenistic than Hebraic, that people came to think the main purpose of religion is to convey information (about the origin of the universe, miracles, life after death, and so on). Hence the conflict between religion and science, revelation and reason, faith and demonstration. These are false dichotomies.

Judaism has foundational beliefs, to be sure, but it is fundamentally about something else altogether. For us, faith is the redemption of solitude. It is about relationships – between us and God, us and our family, us and our neighbors, us and our people, us and humankind. Judaism is not about the lonely soul. It is about the bonds that bind us to one another and to the Author of all. It is, in the highest sense, about friendship.

Hence the life changing idea: we tend to become what our friends are. So choose as friends people who are what you aspire to be. 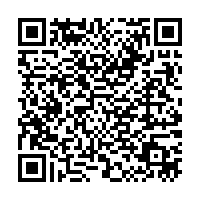