The majority of parshat Acharei Mot is devoted to Yom Kippur. The first half, read during Shacharit of Yom Kippur, details the Avodah of the Kohen Gadol in the Mikdash and the second, read during Mincha, deals with the subject of forbidden relationships (arayot). In a leap year, like this year, Acharei Mot is usually the first parsha immediately following Pesach.

If we compare the two, Pesach and Yom Kippur appear to be diametric opposites. On Erev Pesach we are forbidden to eat matzo and should minimize eating (firstborns even fast, if they do not participate in a siyum), so that we will arrive at the Seder with a voracious appetite to eat the matzo. On Erev Yom Kippur, it is the opposite – the halacha says it is a mitzvah to eat more than normal. On the night of Pesach we consume a prodigious quantity of food. Almost the entire Seder revolves around food – wine, karpas, more wine, matzo, maror, charoset, more matzo, more maror, more charoset. This is followed by a banquet with the obligatory kneidlach, more matzo, more wine …. and even more wine! The following day also includes a seuda and dining. Contrast this with the night and day of Yom Kippur – where we fast!


If Pesach is immediately followed by Acharei Mot that focuses on Yom Kippur, there must be a good reason for it. The common denominator can be found in the Haggadah and Kol Nidrei.

One of the major features of the Haggadah is the Four Sons. We have the Chacham, the Rasha, the Tam and the She’eino Yodeah Lish‘ol – your typical “dysfunctional” family! I can understand inviting the Chacham to the Seder – learning the whole night is right up his alley. I can also understand inviting the Tam and the She’eino Yodeah Lish‘ol, to try be mekarev and teach them. What I cannot understand is why we invite the Rasha! He doesn’t want to be there, made abundantly clear in his question – he excludes himself from the Klal. And what is our response to him? We sort of “beat him up” – הַקְהֵה אֶת שִנָּיו. It is an unpleasant altercation and for what? Why don’t we simply not invite him and let him go on his annual Pesach cruise to Bali and avoid all the unpleasantness? But no! The Haggadah emphasizes that the Rasha must take part in the Seder.

To understand this we need to go back to the “first” Pesach Seder mentioned in the Torah. Yes the Torah mentions Avraham eating matzos, but the first time we have mention of the full Seder, including the Korban Pesach, Korban Chagiga, matzos and wine …. is when Yitzchak blesses Yaakov in parshat Toldot. The whole story of Yaakov “stealing” the brachot is difficult to understand. Why was it necessary for the whole charade? Why didn’t Rivka simply tell Yitzchak that she had a prophecy that the brachot were meant for Yaakov and not Eisav? Why was it important that Yaakov receive the brachot “dressed up” as Eisav?

When Yitzchak asks Yaakov to approach so he may feel him, the pasuk says וַיָּרַח אֶת רֵיחַ בְּגָדָיו, Yitzchak smelt Eisav’s clothes on Yaakov and it smelt like Gan Eden (Yitzchak knew the smell because he went up to Gan Eden during the Akeida). The Gemara (Sanhedrin 37a) says not to read it as בְּגָדָיו (his clothes) but בּוֹגדָיו (his traitors). The Midrash (Breishit Rabba 65, 25) says Yitzchak saw by prophecy that in the future there would be evil traitors within Am Yisrael. Traitors like Yakum Ish Tzrorot, the nephew of Rebi Yosi ben Yo’ezer Ish Tzreida, who converted to Hellenism and caused Am Yisrael untold grief, but ultimately did teshuva before he died. Traitors like Yosef Meshita who collaborated with the Romans in looting the Mikdash, but also did teshuva before he was brutally killed by his Roman “friends.”

Rivka saw by prophecy that the whole charade was necessary, that Yaakov had to receive the brachot dressed up as Eisav. If he had not, the brachot would have only applied to the descendants of Yaakov who were like Yaakov. Throughout the generations, Am Yisrael has included Reshaim who, from the outside, look like Eisav, but inside they are really Yaakov – הַקֹּל קוֹל יַעֲקֹב וְהַיָּדַיִם יְדֵי עֵשָׂו.

There are two special times during the year, Pesach and Yom Kippur, where it is imperative to include the Rasha! Both these occasions have a special power to reach deep down under the thick exterior skin of Eisav and arouse the inner voice of Yaakov. It may seem to be an unnecessary, unpleasant altercation, so why bother? We are obligated to “bother” because כל ישראל עֲרֵבִים זה בזה – we have a responsibility also to the Rasha, to try and penetrate the exterior shell and bring him back.

In our generation the temptation is very strong to disassociate ourselves from those who have strayed from the path of the Torah and rather invest all our energy in our own communities, strengthening our own Torah, focusing entirely on the concept of “All for One” – for HKB”H. This is undoubtedly important, but it is insufficient. We also have a responsibility to Klal Yisrael, to reach out even to the Reshaim amongst us and thus restore unity to our Nation – “all as one!” All it took, in the time of Yehoshua, was one Rasha – Achan, to upset the apple cart for all of Am Yisrael. Only after great effort on the part of Yehoshua to bring Achan back into the fold and get him to do teshuva, was the invincibility of Am Yisrael restored.

Parshat Hashavua Trivia Question: What is the origin of the word עֲזָאזֵֽל?

Answer to Last Week’s Trivia Question: Why did the Red Sea refuse to split, even though Hashem instructed Moshe what signs to show – the ברית מילה (זכות אברהם – ויבקע עצי עולה) and Yosef’s coffin (זכות יוסף – וינס ויצא החוצה)? The signs were correct and would have worked if the timing had been right. The sea had been programmed to split from the time of Creation, but only after Am Yisrael had been in Egypt 400 years! When Moshe showed the signs, the sea said “You are early, come back in 190 years!” HKB”H Himself had to intervene and only then the sea split. 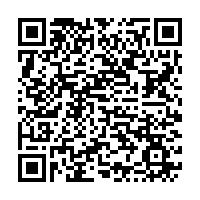