These three weeks of remonstration and regret begin every year with the 17th of Tammuz, but the first blemish on that date was in the wilderness of Sinai when Israel built the Golden Calf. After that event followed not three weeks but forty years of regret, remorse, and the inevitable death of nearly all involved.

We saw last week how our Sages of blessed memory found evidence in Scripture of the utter repudiation and rejection of that generation in this world and also the next, although this doesn’t emerge as the dominant opinion. For forty years Hashem struggled with that generation, until He vowed in His rage that they would not enter the place of repose. (Tehillim 95:10-11). So much for that generation – but elsewhere (Tehillim 105:8) the matter is commanded to a thousand generations.


The Midrash in Kohelet Raba teaches that when Shlomo says it is better still to never have been born (Kohelet 4:3), the reference is to these thousand generations that had been conceived in the Divine Will but never came to be. Rabbi Yehoshua explains that this vast negation occurred as Moshe stood upon the mountain and Israel did what Israel was doing below. In that instant, the Midrash says, Moshe couldn’t find even a foothold upon the mountain that hadn’t been fouled by the wickedness of Israel. He davened furiously for mercy upon the people, but received no answer and instead was attacked by angels of destruction. The Midrash explains how Moshe struggled with each of the annihilating angels until one by one each was defeated, but at terrible cost for Moshe, for the Children of Israel, and even for the forefathers whose merit was impugned by the corruption of their offspring.

Rabbi Shmuel bar Nachman says even when Shlomo built the Beit HaMikdash, when the divine flame ought to have descended from Above to accept the inaugural korban, no flame appeared. David HaMelech anticipated this problem and began to daven in his lifetime for mercy and forgiveness, and Shlomo followed his example until at last the flame descended. Shlomo also said, “I praised the dead who had already died” (Kohelet 4:2). Because there is no understanding among the living. According to Rabbi Yehuda, son of Rabbi Simon, this was the message of Yechezkel to the dry bones in the valley once they had been reanimated: You could not understand in life so you had to experience death; now you begin to understand.

This, according to the Midrash, is the intent of the opening verse of our haftara (Yirmiyahu 2:4): “Listen to the word of Hashem, O House of Yaakov,” – because when you were alive you would not listen, but now that you have died a thousand deaths at last you are listening. Following on the theme of last week’s haftara, Yirmiyahu is still addressing a future generation. After all the previous generations have come and gone, there remains one final nation of resurrected souls who have learned the hard way what a world is like without the knowledge and the presence of G-d.

When everything has come to pass and the living have died and the dead are living again, then the House of Yaakov and the families of the House of Yisrael will hear the Word of Hashem. “Will you not now cry out to me, ‘My father! The champion of my youth you have been!’” (Yirmiyahu 3:4). 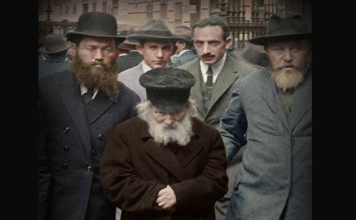 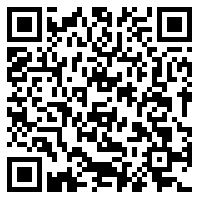