Home Judaism Parsha Parshat Vayeshev
Share on Facebook
Tweet on Twitter
Why did crime drop dramatically in New York City during the 1990’s? While many factors certainly contributed to the drop, criminologists James Q. Wilson and George Kelling suggested an intriguing explanation that became known as the “broken windows” theory. The essence of their argument is that in rundown neighborhoods, exemplified by the many broken windows in the area, more crimes will be committed. “If a window is broken and left unrepaired, people walking by will conclude that no one cares and no one is in charge. Soon more windows will be broken, and the sense of anarchy will spread from the building to the street on which it faces, sending a signal that anything goes” (The Tipping Point by Malcolm Gladwell, New York, Little, Brown and Company. 2000, p.141).
In large cities, problems such as graffiti and panhandling, are examples of “broken windows” in as much as they reflect a loss of control of the streets. Kelling argues (as quoted by Gladwell) “If the neighborhood cannot keep a bothersome panhandler from annoying passersby, the thief may reason, it is even less likely to call the police to identify a potential mugger or to interfere if the mugging actually takes place.”
In the mid 1980’s the New York City Transit Authority hired Kelling as a consultant. Following his advice, the Transit Authority made an all-out effort to clean up graffiti from all trains. Likewise, the head of the Transit Police, William Bratton ordered his officers to vigorously pursue fare jumpers and other relatively minor offenses. Sure enough, crime went down on the subways as a sense of order was restored.
When Mayor Giuliani appointed Bratton Police Commissioner of New York, he expanded his “broken windows” policies to the city at large. By cracking down on small crimes and quality of life issues, order was restored to the city.
Gladwell concludes that a criminal “far from being someone who acts for fundamental, intrinsic reasons and who lives in his own world – is actually someone acutely sensitive to his environment, who is alert to all kinds of cues, and who is prompted to commit crimes based on his perception of the world around him” (p.150).
While it must be pointed out that there are people who argue with this theory and attribute the drop in crime primarily to other factors, keeping the streets clean and orderly has certainly made a difference. Not only did it help bring crime down, it has also helped keep crime down. Clean streets imply order and control, thus discouraging potential criminals from committing crimes. Unfortunately, there will always be crime, and police will need to respond to it. However, by implementing the lessons of the broken windows theory, fewer crimes will be committed.
In this week’s parshah we are introduced to two types of leaders. While Yosef the dreamer is a visionary and proactive leader, Reuven is the ultimate reactive one. That Yosef is a visionary leader is evidenced in his dreams heralding a new future − and not just a future, which is a continuation of the status quo. That he is a proactive leader becomes clear at the beginning of Parshat Mikeitz when he instructs Pharaoh how to manage his economy to best avoid the pain and dangers of the famine. Additionally, Yosef advises Pharaoh how to use the coming crisis to consolidate his own power and strengthen the empire.
Reuven on the other hand exemplifies the reactive leader. Although Reuven never did anything to improve the brothers’ relationship with Yosef, when the relationship hit critical mass, and the brothers were about to murder Yosef, Reuven devised a plan to save Yosef by temporarily placing him in the pit. The unfortunate fact that Reuven’s plans were undermined by circumstance does not detract from Reuven’s good intentions. The Midrash Rabbah (84:15) describes that as a reward for Reuven being the first one to attempt to save Yosef, his tribe merited having the first city of refuge built within its boundaries upon conquering the land of Israel.
After analyzing the Midrash, the connection between the city of refuge and Reuven’s attempt at saving Yosef becomes obvious. Both are responsive measures. The city of refuge offers safety to an accidental murderer after the fact. It does not address the underlying reasons that the killing occurred, namely the cheapening of the value of life. Reuven − who likewise never addressed the underlying cause of Yosef’s brothers’ hatred of him, but rather only attempted to save him after the fact − was rewarded with an institution that served a similar purpose.
Reuven represents the leader who attempts to solve a crisis. Yosef represents the leader, who through visionary leadership, avoids the crisis to begin with. In the real world, both types of leaders are necessary. However, the greater the amount of visionary and proactive leadership there is in an organization, the less need there will be for reactive leadership.
The Gemara, Bava Metziah (85b) relates a dispute between Rav Chanina and Rav Chiya. Rav Chanina argued that his approach to learning Torah was superior because if, G-d forbid, the Torah would be forgotten he would reestablish it. R. Chiya argued that his approach was superior because he would ensure  the Torah would not be forgotten in the first place.
Our national history has called upon the approaches of both Rav Chanina and Rav Chiya. At times Torah learning has had to be reestablished. However, as a people we have ultimately survived because of visionary and proactive leaders such as Rav Chiya, who ensured that the Torah was never fully forgotten.

Rabbi David Hertzberg is the Principal of the Yeshivah of Flatbush Middle Division. Questions and comments can be emailed to him at Mdrabbi@aol.com 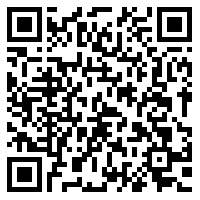