I have covered many victory parties, but this week I was invited to my first “defeat party.” The volunteer staff of Miriam Peretz gathered to share their experiences and summarize their feelings regarding Miriam’s campaign for president of Israel, which failed. What did I learn there? If we know how to take advantage of every experience in life and learn from it, then there is no such thing as a defeat. This is not a cliché. Miriam and the volunteers truly feel that they won. They met nearly 120 Knesset members personally and passed along a message simply by the way they competed and the idea behind their campaign.

“A person cannot allow himself not to try his hardest and not to attempt to do things in life, even if at the end there is a chance he won’t succeed,” Miriam told me. “The road to any success is no less important than the success itself.”


We often say that if we want something badly enough, we will succeed in getting it. That the reason for failure is not because we “can’t do it,” but only because we “don’t want to do it.” But this is not correct. Most of us will not achieve everything we want. We will not be number one, and not all of our dreams will come true. And here is someone who did not succeed, yet who tells us that it’s still worthwhile to try, that it’s okay to fail, even with the entire country watching. We need to understand this mindset well, and even celebrate it together.

Judge Tzvi Tal Did Not Forget

I have heard so many stories about Tzvi Tal, former Supreme Court justice, who passed away yesterday at the age of 94. Emotional stories about his son Moshe who was killed in the Yom Kippur War. Tal prayed every Yom Kippur at the Har Etzion yeshiva. Moshe left the yeshiva to go to battle and did not return. There are fascinating stories about the trial of John Demjanjuk. Tal fasted on the day in which he decided on a death verdict after soul searching and fear of the Almighty. Compassionate stories about relationships with those he sent to prison. He would maintain a connection with them, visit them in prison, and sometimes even assist their families financially. But I was looking for a story to which each of us could relate and it follows below:

When he submitted his candidacy to be a judge, he wrote a letter to the Lubavitcher Rebbe and asked for his blessing. The Rebbe recommended that he compete for the position, but “at the same time, take upon himself the matter of passing judgments of ‘the Judge of all the earth’ in his private life.”

In other words: together with an elevation in rank, it is important for a person to elevate his own spiritual level. If you become a judge, you must take upon yourself a new commitment for self-improvement. This way of thinking can benefit those who achieve greatness, become famous and highly successful, but wish to avoid failure and falling from grace.

Tzvi Tal was appointed judge and did not forget the Rebbe’s request. He established a daily Talmud class in Jerusalem’s Bayit Vegan neighborhood. This class became legendary and continued for 40 years without interruption. More than once, over the years, I saw him going to his class and returning from it, a part of the Jerusalem landscape: The judge who remembered the “Judge of all the earth” above him. 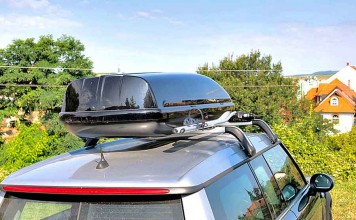 Is It Proper To Embark On A Long Trip (whether by car or otherwise) On A Short Erev Shabbos? 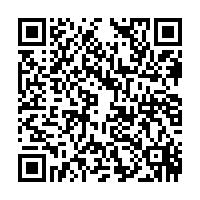