Because the day after Shabbat is Rosh Chodesh, it is customary to read as the haftara the section of Shmuel I beginning with Yehonatan saying to David, “Tomorrow is the Chodesh,” meaning the beginning of the new month. But there is so much going on beneath the surface of this text, it is not merely a coincidence that the Sages selected for the eve of Rosh Chodesh a special haftara. In fact there is no other example of a special scriptural reading for the eve of anything in Jewish ritual. It’s more likely the case that Chazal wanted us to read this haftara from time to time, and to do it on the eve of Rosh Chodesh when the events took place. But that too is no coincidence, because David and Yehonatan found themselves in the given circumstances on the eve of Rosh Chodesh and also sought to leverage the power of the day to their purpose.

The earliest instance of this in the Torah is when Moshe informs the people of Israel that the redemption is near. “This month will be to you,” he says. Rabbeinu Bechaye points out there that there are a few instances in Tanach where “chodesh,” the month, is synonymous with the new moon at the beginning of the month. This is one of those examples. The waxing and waning of the moon is often compared to the kingdom of David in its cycles of power and alienation, until the cycle is broken with the final return of his offspring to the throne when the little light will become as great as the big light (Yeshayahu 30:26).


David and Yehonatan are respectively the Moshiach ben David and the Moshiach ben Yosef of their generation (although to be fair, David is not ben David). But never since Yosef ruled over Egypt has his progeny wielded so much power relative to Yehuda and over Yehuda. Still, Yehonatan and David embody the prophecy of the future redemption (Yechezkel 37:19) with their unconditional love for one another. Theirs is the hidden part of the new moon, the unleashed power of Hashem to perform acts of kindness in the world.

However, these events are a watershed for Yehonatan’s father, Shaul. He confirms on this Rosh Chodesh that Yehonatan’s loyalty is to David even, and especially, to the detriment of his own claim on the throne. Shaul becomes enraged and sentences David to death for threatening the lineage and by extension the sovereignty of Shaul.

The navi tells us repeatedly that David’s chair is nifkad, or counted. This is also the language used to describe the redemption of Israel from Mitzrayim, coincidentally first uttered not by Moshe but by Yosef (Bereishit 50:24). A number of Chassidic masters picked up on this use of the language. The Mei HaShiloach says that David’s seat was made conspicuous by his absence. The empty seat drew attention to the fact that it was normally occupied by David. He compares this to the Mishkan, the “seat” of the Divine Presence in this universe. When Israel completes building the Mishkan, the Torah tells us, “These are the pekudei thereof” (Shemot 38:21). The presence of the Mishkan makes conspicuous the residence of the Creator in His universe, which is something that the idolatrous deny.

The Kedushat Levi references the Thirteen Attributes of Hashem – that He is poked, he counts the transgressions of those who oppose Him. The evildoer himself begins to recognize the extent to which he has deviated from the course set for him when he reflects on everything that is lacking in his own character.

The theme of our haftara, uniquely appropriate for the day before the new month when the moon has waned to almost nothing, is to find all of the things that are hiding in plain view. As David hid in the field and was betrayed by his empty chair. As Shaul carried a spear and his scepter of office but had already been stripped of the monarchy. As David and Yehonatan knew that it was only a matter of time until they were reunited – but it could very well turn out to be many generations.

After the end of every month, when each moon fades away to nothingness, it is immediately reborn. This is a metaphor in Chazal for the kingship of David. This is why Israel is identified with the moon. In our end is our beginning. 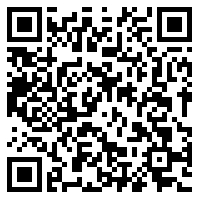