The Be’er Heitiv in Orach Chayim [132:3] teaches us that we should say the Aleinu prayer with awe and reverence since Hashem and His Heavenly retinue listen to its recital and proclaim afterwards, “Ashrei ha’am shekacha lo, ashrei ha’am she’Hashem Elokav – Fortunate is the nation that has such a lot, fortunate are the people that Hashem is their G-d.” The Kolbo states that this prayer is so lofty that it should always be said standing and it is because of this that the word Aleinu has the same gematria, numerical value (166), as the word u’ma-umad, which means to be standing.

The Rokei’ach teaches us that the author of Aleinu is none other than our great leader Yehoshua. The Rokei’ach elaborates that Yehoshua created it upon entering and conquering Eretz Yisrael. He further explains that Yehoshua proclaimed, “Shelo asonu k’goyei ha’aratzos – He did not make us like the nations of the land,” when he saw firsthand the depravity of the seven nations of Canaan and saw the contrast between them and the greatness of Klal Yisrael. The Seder HaYom further details that Yehoshua wrote Aleinu in praise of the miraculous conquest of Yericho, when Hashem caused the impenetrable walls there (which were as wide as they were high so they couldn’t even be toppled) to miraculously sink into the ground.

When I saw this Seder HaYom, it made me realize a beautiful answer to a question asked to me by one of my students. Reb Eliezer Steinberg showed me that each of the first seven words of Aleinu contain the Hebrew letter lammed. Aleinu lishabei’ach laAdon hakol, la’seis gedulah l’yotzier. He questioned me about this unusual phenomenon. At the time, I answered him that the focus of the prayer Aleinu is to thank Hashem that we are Jews and that we are the chosen nation, different than all other people. I explained further that, what is the special gift that Hashem bequeathed us since we are his special people? The answer is clearly expressed in Birchas HaTorah: Asher bochar bonu mikol ha’amim, v’nosan lonu es Toraso – He chose us from all His nations and granted us His Torah. Thus, the special gift is Torah! The letter lammed means lamad, to learn, and therefore we start this prayer of thanks for being Jewish with seven lameds representing that we have the gift of learning for all seven days of the week.

The very next word after the first seven is “Bereishis,” for Rashi tells us in the beginning of the Torah that the world was created for the Jewish people who are called Bereishis and for the Torah which is called Bereishis, which is the message we are thanking Hashem for with the seven lammeds.

But now, with the information of the Seder HaYom, we can say simply that the lammed is the tallest letter of the Hebrew alphabet signifying the tall walls of Yericho. And the seven lameds represent the seven times that Yehoshua went around the walls until they miraculously sunk into the ground. Thus, the prayer of Aleinu now also carries for us the eloquent memory of our acquiring Eretz Yisrael from Hashem as our national possession.

The stanza in Aleinu, “La’seis gedulah l’yotzeir Bereishis – To ascribe greatness to the Creator of the Beginning,” is actually a curious phrase. It would have been more appropriate to say, “L’yotzeir Shamayim va’aretz – Who created Heaven and earth.” Three and a half years ago, when Hashem blessed me to marry my second Rebbetzin, Mrs. Shoshy Weiss, tichya, I spoke under our chuppah and said that this phrase, l’yotzeir Bereishis, can be understood to mean that Hashem creates new chances for people and fresh beginnings. In my case, it was another chance after losing my first Rebbetzin. But it can mean many things: A fresh chance at a new job, a new chavrusa, a new place to live. Hashem is always giving us new chances for even greater happiness.

In the merit of our praising Hashem, may we be blessed with long life, good health, and everything wonderful. 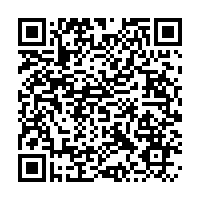