Tefillah tip #7: A person’s prayers will always be heard by Hashem if he davens with a minyan. A person who davens alone at home, in contrast, is not assured of getting an audience with Hashem.

These facts derive from two contradictory pesukim. One verse says, “Mi kaHashem Elokeinu? B’chol kareinu eilav – Who is like Hashem our G-d? Whenever we call Him, He is available to us.” Yet, another verse says, “Dirshu Hashem bhi’matza’oh – Seek out Hashem when He can be found,” which the Gemara says refers to the Aseres Y’mei Teshuvah (Ten Days of Repentance). But is Hashem only found during these 10 days? Yes, the Gemara explains. If a person davens alone, he is only guaranteed an audience during these 10 days.

The first verse, however, concerns someone who davens with a minyan. Such a person is assured that his prayers will be heard by Hashem any time of year.

In its conclusion to the story of Yaakov Avinu and his dream of a ladder leading to heaven, the Torah says, “Vayikatz Yaakov mishnaso, vayomer achein yeish Hashem bamakom hazeh v’anochi lo yadati – And Yaakov woke up from his sleep and said, ‘Behold Hashem is present in this place and I did not know.’” One of the Rishonim, the Panei’ach Raza, notes that the last letters of the words “vayikatz Yaakov mishnaso vayomer” spell the word “tzibor,” a congregation of 10. The Torah is thereby revealing to us that Hashem’s special presence always rests among 10 men.

Tefillah tip #8: When it is not possible to daven with a minyan, daven in shul rather than at home. The Gemara says, “B’makom rina sham t’hei tefillah – In the place of song – there should be one’s prayer.”

Tefillah tip #9: Always try to pray in the same place. Of course, in shul one should have a makom k’vuah, a fixed place to pray, but one should designate a specific place to pray even in one’s home. Women should do so as well. There are multiple reasons for choosing a set place. First, the Gemara (Berachos) teaches us that Avraham Avinu acted in this fashion, as the Torah says, “Vayashkeim Avram el hamakom asher hu omeid sham – Avram got up to the place where he had stood before.”

Third, mefarshim explain that if a person keeps davening in different places, his surroundings will distract him as he’s not used to them.

In the merit of praying better, may Hashem listen to our supplications and bless us with long life, good health, and everything wonderful. 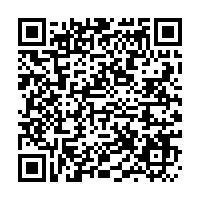