Rebbi says: which is the straight path that a person should choose for himself? One in which whatever he does is a tiferet for the doer and a tiferet to him from others. He should be careful with a light mitzvah just like a stringent one, as you do not know the reward of mitzvot. He should calculate the loss by doing mitzvot against the reward [for doing them and the gain of doing a sin against the loss [of doing a sin] (Avot 2:1).

[Rabban Yochanan ben Zakkai] says to them: go out and see which is the straight path to which a person should attach himself?

[Rabban Yochanan] said to them: I recognize the words of Rebbi Elazar as his words are preferable as they include all of your words (Avot 2:9).

Pirkei Avot quotes two tannaim who both asked the same question: “eizo he derech yeshara (what is the straight path)?” The question was asked first by Rabban Yochanan ben Zakkai (Riba”z) who lived at the time of the churban Beit HaMikdash, and then again by Rebbi Yehudah HaNassi (Rebbi) who lived 150 years later. Because of the question’s importance, it was discussed over the course of many generations.

The Important and Consistent Choice

Before studying the answers given by the tannaim, let’s examine their formulations of the question. Rebbi speaks of man “choosing” the straight path. Interestingly, instead of the word “yivchar” which the Torah generally uses to connote choosing (e.g. Devarim 30:19), Rebbi uses the word “yavor.” This may be meant to hint to the pasuk in Kohelet (3:18) that uses the same word (root) to refer to G-d’s choice of man. If this is correct, Rebbi’s implication is that it is G-d’s choosing us which requires us to be careful about our life choices. Man is created in G-d’s image and we – the Jewish people – are his children. Our lives are significant and should be lived properly.

Instead of the word “yavor,” Riba”z uses the word “sheyidbak (that he should stick to)” to describe man’s choice. Riba”z emphasizes the need for our choices and life path to be consistent. Though different paths offer various benefits, it is important to live a coherent life. We do so by “sticking” to one path.

Both tannaim assume the importance of seeking the “derech yeshara “(straight path). Both these words – “derech” and ‘yeshara” – are significant.

Parshat Vayera (Bereishit 18:19) quotes Hashem’s approval of Avraham’s intention to teach his children His “derech” of how to live in this world. A derech is more than just the fulfillment of a specific mitzvah or the performance of a particular good deed. It refers to a broader way of life. As opposed to Vayera which uses the term “derech” to refer to acting in a just and kind way, the tannaim ask a broader question: what is the best “derech” for a person’s life as a whole?

The second word – “yeshara” (straight) – sharpens the question’s formulation and directs us toward the answer. Our aim should be the straight path. The Torah commands us to emulate Hashem (who is described as “straight” in Devarim 2:4) by living in a way He sees as straight – “v’asisa ha’yashar v’hatov b’einei Hashem” (Sefer Devarim 6:17-18). In fact, the Medrash (Medrash Tanchuma Bereishit 7:7) adds that Hashem created man in His image (only) so that man can be yashar like Hashem. Hashem is the model of straightness and cannot tolerate those who live a crooked lifestyle.

Yashrut (straightness) is one of our central personal growth goals. The Rambam (Mishneh Torah Hilchot Temurah 4:13) asserts that most of the mitzvot are Hashem’s “advice” on how to fix our perspective and straighten out our lives.

Understandably, Rav Kook (Igrot HaRe’eyah 170) defines the goal of chinuch (education) as helping a person find their correct form, the central characteristic of which is being a person who is “good and straight”. This is why the Ramchal called his mussar sefer Mesilat Yesharim (The Path Of The Straight). The sefer aims to help people identify and maintain the straight path.

“Yashrut” is not an external value we need to aspire to achieve; it is our original natural state. Sefer Kohelet (7:29) teaches that Hashem creates man naturally “yashar.” It is man’s schemes and calculations that cause him to veer from his innate straight path.

This explains why Rav Yochanan (Masechet Avodah Zarah 25a) understood the term “Sefer Hayashar” (seen in Shmuel II 1:18) as referring to Sefer Bereishit – “the book of Avraham, Yitzchak and Yaakov who are considered yesharim.. Because yashrut is man’s natural state, even before the giving of the Torah, our avot were able to sustain and live their lives this way.

Thus, in essence, Rebbi and Riba”z are merely asking how we can sustain the natural yashrut we are all born with. Next week we will IY”H see their answers. 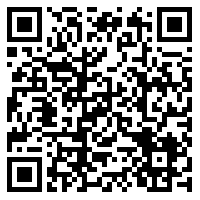