These are very sobering times. Those of us born after World War II have never experienced daily death notices.

Unfortunately, at some recent funerals, large groups of clearly Orthodox Jews have blatantly disregarded social distancing precautions. Not only are we being foolish, we are causing a chillul Hashem, as we’re leaving ourselves open to the accusation that we’re endangering others such as policemen and firemen, and G-d forbid, contributing to the overwhelming of our hospitals.


We all know that it doesn’t take much for people to blame the Jews. There is along history of such finger-pointing, going all the way back to the Black Plague when we were accused of poisoning the wells.

Nonetheless, we must be careful not to indulge in lashon hara and bashing of others while the malach ha’maves is swirling around us. The yetzer hara is clever and can even utilize a funeral of a Torah sage to cause others to sin. One shudders at the power of the yetzer hara to mask his true intentions. According to one opinion in the Medrash, when the Evil Inclination came to fight Yaakov, he actually appeared as a talmid chacham.

Forewarned is forearmed. The yetzer hara is a master a blinding us from seeing the truth. He leads people to think they’re following the Torah when they’re doing the very opposite. The mother who is busy with Chinese auctions at the expense of her children; the father who insists on perfect scores on every exam believing that his rigidity is good for the children; the wife who thinks her constant criticism of her husband’s Torah learning is her mission as an eishes chayil; the husband who thinks that being machmir about every facet of his wife’s dress is what Hashem wants from him; the shul vigilante who in his pursuit against talking in shul enters the 20,000-volt areas of machlokes and rechilus.

Instead of us focusing during these scary times on how we can improve ourselves, the yetzer hara would rather have us talk about Modern Orthodox Jews shutting down minyanim early on (a very wise move, as it turned out) or the ultra-Orthodox not always following social distancing rules.

How do we defeat a yetzer hara that has the power to make us believe that aveiros are really missions of righteousness?

One way is to be ever vigilant. Know thine enemy. As the baalei mussar teach: Constantly question yourself, “Why am I really doing this?” Of course, we must also pray. We say in our morning blessings, “V’al yishlot banu Yeitzer Hara – Let us not be controlled by our yetzer hara,” and in the berachah of Atah Chonein in Shemone Esrei, we pray to Hashem for the wisdom to recognize the yetzer hara at work. Perhaps the berachah of daas is next to the berachah of teshuvah because we want Hashem to help us know how to revise our ways and discover the flaws in our motivations.

Finally, follow the mishnah’s guidance of asei lecha rav. Have a rebbe and mentor who can help you check to see if you have a blind spot in an area of your daily life.

May we all be protected during these frightening times and not even have a scare as we celebrate this wonderful yom tov of Pesach, and in the merit of our battle royale with the yetzer hara, may we triumph and be blessed with long life, good health, and everything wonderful. 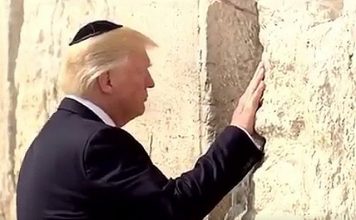 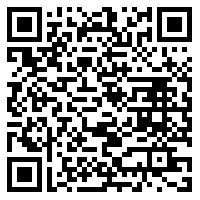