Once a regiment of Austrian soldiers visited the city of Rimanov. Lacking pro­per facilities to house the troops, the com­manding officer decided to use the main shul in the city for their quarters.

When the Jews of the city were no­tified, they became fright­ened. Their only house of worship would now be desecrated. The officials of the congregation pleaded with the officer, but to no avail.


In desperation, they ran to their rav, the tzaddik, Rav Mandl, to inter­cede on their behalf. While they were discussing the mater with him, one of the balebatim remarked, “There is yet a chance that the army will not use the shul.” Surprised, they turned towards him and asked, “Why?”

“They would be foolish if they did,” he replied. “The walls are shaky, the roof is leaking and the whole appearance of the shul is drab and dirty.”

When the rav heard this he jumped up in anguish and exclaimed: “Now I know why Hashem punished us with the confiscation of our shul. If we, ourselves, have no consid­eration for Hashem’s house, if we do not re­spect it enough to keep it clean and tidy and in good order, then why should Hashem have consideration for us? He decided to turn it over to the army, for they may take better care of it.

“This I advise we do immediately,” continued the rav. “Hire carpen­ters and laborers to repair the shul. Beautify it until it becomes the holy place it is supposed to be.”

The elders of the congregation rushed away immediately and engaged workers to repair and beautify the shul. They worked continuously, day and night, until the shul was once again a beautiful place to behold.

A few days later, the general arrived to inspect the shul and give final approval for its use. He spent many hours examining and mea­suring. Finally, he announced that the shul was too small to be used. Inasmuch as there was no larger hall in Rimanov, they decided to move to the next town where there were larger quar­ters for the entire regiment. 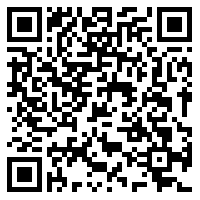