Eve Harow interviews ‘Dan’, one of the brave members of the Ad Kan mission who went undercover to expose the shocking EU involvement in funding and training the PA in their massive building takeover of Judea and Samaria. Illegal, colonialist, immoral and just appalling by any measure, the EU openly undermined international agreements to the tune of billions of dollars in the last decade and is continuing into the next. Where is the Israeli government and the Civil Administration? Where is the hue and cry from every decent person who believes in law and democracy? An Israeli expose 2 weeks ago has now been translated into English so that you can witness the travesty for yourselves. A billion dollars has been earmarked to turn Jerusalem into a Muslim city by implementing an Arab terror state master plan paid for by the EU. It doesn’t stop in the Biblical heartland but is already gnawing away at little Israel as well.
This isn’t a secret anymore. What are we going to do about it? Listen. The battlefield is here. 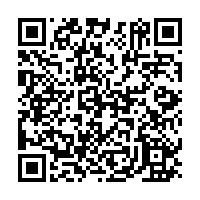