Afula’s Nir HaEmek Youth Village in northern Israel will be targeted by rockets if the Palestinian Authority (PA) is allowed to take over Judea and Samaria, the Regavim movement warned.

The organization on Sunday released the first in a series of video clips that simulate how rocket attacks from a number of different places in Judea and Samaria will affect communities throughout Israel.

The first clip is described by Ragavim as “a precise, true-to-life representation of a fatal rocket strike” on the roof of Nir HaEmek Youth Village.

The organization said it released the clip in an attempt to “illustrate what the future might hold if illegal construction is allowed to continue unhindered in Area C of Judea and Samaria – the area under full Israeli jurisdiction: A de facto Palestinian state, as envisioned in the Fayyad Plan, will serve as a terror base in Israel’s heartland.”

Regavim has launched a campaign to raise awareness about the PA’s calculated mass takeover of land under Israeli control after it released data culled from an analysis of GIS aerial photography that exposed some 28,000 new illegal structures built by Arabs and hundreds of thousands of dunams of land that have been poached by the PA in Area C in the decade since the Fayyad Plan was launched.

The Fayyad Plan for the Creation of the State of Palestine, formulated a decade ago by then PAS prime minister Salaam Fayyad, laid out a clear and methodical program for seizing control of territory in Area C to form a broad and viable basis for a Palestinian state, specifically in the areas under Israeli control.

“These projects are rapidly pushing the reality on the ground to the point of no return, establishing a terrorist state in Judea and Samaria,” Regavim warned.

Meir Deutsch, Director General of Regavim, cautioned that the PA’s rampage of illegal construction is happening in Judea and Samaria, but it is crucial for every resident of Israel to understand that this is not a problem that only affects the residents or communities of Judea and Samaria.”

“The terrorist state that is lurking just around the corner will affect the lives and the safety of residents in every Israeli city, town, village, and kibbutz in the ‘Judea and Samaria envelope,’ – every community in Israel within range of the terrorist state,” he added.

“Unfortunately, there are people in Israel who won’t wake up until Palestinian rockets launched from the hills of the Shomron hit Afula and Modiin – but by then it will be too late. For our part, we at Regavim will continue to do everything we can to prevent the establishment of a terrorist state in the heart of Israel,” he concluded. 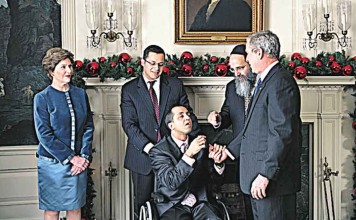 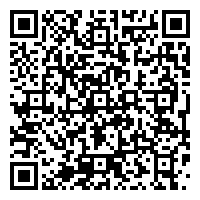