The adviser, Sabri Saydam, told the Bethlehem-based Ma’an  news agency that Palestinian Authority companies should reconsider their participation and “give priority to Palestinian interests.”


He added that the companies should not act  independently of the PA union of high-tech firms.

For starters, the forum is being organized by the Peres Center for Peace. That already puts a Zionist stamp on the meeting.

The forum is entitled ”Business without Barriers,” but without barriers, the Palestinian Authority cannot claim it is an Israeli scheme for  Apartheid.

One of Saydam’s problems is that, according to Ma’an, “there were still few details about the event.”

Perhaps it is a Zionist plot to snare Microsoft and Cisco into declaring that Israeli high-tech companies have a Jewish identity, and that might cause the international community to think that Israel is a Jewish state.

Even worse, the meeting is scheduled for Tel Aviv. The Palestinian Authority undoubtedly would want it to take place in some PA high-tech city, if any exist.

And what would the international community think if it saw that Palestinian Authority Arabs and Israeli Jews can sit down for direct talks on high-tech without pre-published “details of the event?”

One might reach the conclusion, horror of horrors, that Abbas could sit down with Prime Minister Binyamin Netanyahu without knowing ahead of time ”details of the event.” But that might lead to negotiations, in the true sense of the term.

And that would spell the end of Abbas’ “peace process” strategy of “I take, you give.”

Now that Microsoft and Cisco understand what Abbas means by “direct talks,” maybe they can explain the term to John Kerry. 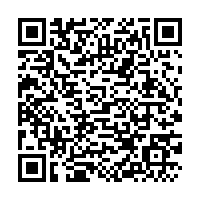