Al Qaeda in the Arabian Peninsula (AQAP) is offering gold worth more than $100,000 to anyone who will kill the Jewish U.S. Ambassador to Yemen, Gerald M. Feierstein, as well as more than $20,000 for anyone who kills a U.S. serviceman in Yemen.

According to the AP, the Yemeni-based AQAP has a media arm, the al-Malahem Foundation, which made the offers in an audiotape posted on its websites this past weekend. The offer is open for six months.


Al-Malahem Foundation also distributes the notorious  English-language Jihadist magazine Inspire.  That magazine was largely written by the Jihadi terrorists Anwar al-Awkaki and Samir Khan, both of whom were killed by the U.S. in the September, 2011 drone attacks.

According to Foreign Policy, the spring, 2012 issue of Inspire included a posthumously published article by Awlaki.  In that article Awlaki explained why it is permissible to kill any and all kinds of civilians in jihadist attacks, so long as the jihadi intent is pure:

If combatants and non-combatants are mixed together and integrated, it is allowed for the Muslims to attack them even if women, children, the elderly, farmers, merchants and slaves get killed but this should only be done with the intention of fighting the combatants.

Gerald M. Feierstein was sworn in as the U.S. Ambassador to Yemen on September 17, 2010.  Prior to his posting in Yemen, Feierstein served as Deputy Chief of Mission in Islamabad, Pakistan.

Feierstein has spent all of his foreign service abroad in the Middle East or Southeast Asia.  Between 2006 and 2008, Feierstein served in various positions in Washington, D.C. in the Bureau of Counterterrorism.  Since joining the Foreign Service in 1975, Feierstein has served in Pakistan, Tunisia, Saudi Arabia, Israel, Lebanon and Oman.

According to the U.S.-based SITE Intelligence Group, the audio explained that the bounties were offered by Al Qaeda in the Arab Peninsula (AQAP) “to encourage our Muslim Ummah (nation), and to expand the circle of the jihad (holy war) by the masses.”

AQAP is regarded as the most dangerous branch of Osama bin Laden’s terrorist group.  In September, AQAP called for increased violence and protests directed at U.S. diplomats worldwide.  The terrorist attack on the U.S. diplomatic outpost in Benghazi Libya, which led to the death of U.S. Amb. Christopher Stevens and three other Americans, is believed to have been carried out by AQAP.

On the day after the attack on the American compound in Benghazi, Mary Feierstein received a phone call from her diplomat husband, to assure her that he was fine.  Mrs. Feierstein told a Philadelphia-area newspaper on September 13, that her husband was not worried about his safety.

But that was before Ambassador Feierstein was specifically targeted by AQAP.

Feierstein’s religion is of particular concern. On numerous websites, much is made of Feierstein’s Jewishness, with the usual claims of Zionist control of foreign countries and connections to the Mossad.

For those who believe that the West has largely – and perhaps fatally – failed to understand the fundamental difference in ideology between Islam and that of the West, Ambassador Feierstein’s words in an August interview with the Arabic daily Asharq Al-Awsat provide little comfort.

When the interviewer asked Ambassador Feierstein about terroristic threats made by the Huthists, a fundamentalist rebel faction supported by Iran and al Qaeda that dominates the Northern region of Yemen, Feierstein laughed it off as if the Huthists are nothing more than bloviating school yard bullies.  In fact, the Huthists are religious fanatics who seek domination.

[Asharq Al-Awsat] In the north, the Huthists are raising the slogan of “Death to America, Death to Israel”. Do you think they are serious about this?

[Feierstein] (Laughing) Are they serious in wanting to kill us? I do not think so.

[Asharq Al-Awsat] You do not think so?

[Feierstein] No, I do not think so.

[Asharq Al-Awsat] Do you consider the Huthists your enemies because they say that you are their enemies? 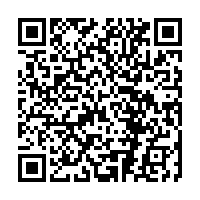