University of North Carolina at Chapel Hill’s Dr. Jodi Magness together with a team of researchers and students has found the first ancient Jewish depiction of the Elim episode from the Book of Exodus.

The team of archaeologists uncovered a magnificent 1,600-year-old mosaic at the site of a late Roman-period synagogue in Huqoq, about three miles west of Migdal in the Galilee. The mosaic depicts the experience of the Israelites camping at Elim after leaving Egypt and wandering in the wilderness without water, as described in Exodus 15:27.

Other members of the Huqoq Excavation Project consortium include Austin College, Baylor University, Brigham Young University and the University of Toronto.

Excavation director and professor Jodi Magness has led the students and researchers in their work at the fifth century CE Jewish community of Huqoq in the Lower Galilee for the past nine years. Shua Kisilevitz, assistant director of the Israel Antiquities Authority and Tel Aviv University, has been assisting Magness in her work.

This year’s discoveries have included two major findings, Magness explained. “Chapter 7 in the book of Daniel describes four beasts which represent the four kingdoms leading up to the end of days. This year our team discovered mosaics in the synagogue’s north aisle depicting these four beasts, as indicated by a fragmentary Aramaic inscription referring to the first beast: a lion with eagle’s wings. The lion itself is not preserved, nor is the third beast. However, the second beast from Daniel 7:4 – a bear with three ribs protruding from its mouth – is preserved. So is most of the fourth beast, which is described in Daniel 7:7 as having iron teeth.

“We’ve uncovered the first depiction of the episode of Elim ever found in ancient Jewish art. This story is from Exodus 15:27. Elim is where the Israelites camped after leaving Egypt and wandering in the wilderness without water.

“The mosaic is divided into three horizontal strips, or registers. We see clusters of dates being harvested by male agricultural workers wearing loincloths, who are sliding the dates down ropes held by other men. The middle register shows a row of wells alternating with date palms. On the left side of the panel, a man in a short tunic is carrying a water jar and entering the arched gate of a city flanked by crenellated towers. An inscription above the gate reads, “And they came to Elim.”

Both discoveries were interesting, Magness said – but for different reasons.

Magness said her team is committed to completing the excavation of the synagogue before turning the site over to the State of Israel, “with the hope that they will develop and open it to the public in the future.”

In the meantime, the mosaics have been removed from the site “for conservation” and the excavated areas have been backfilled. Excavations are scheduled to continue next summer.

Sponsors of the project are UNC-Chapel Hill, Austin College, Baylor University, Brigham Young University and the University of Toronto. Students and staff from Carolina and the consortium schools participated in the dig. Financial support for the 2019 season was also provided by the Kenan Charitable Trust and the Carolina Center for Jewish Studies at UNC-Chapel Hill. 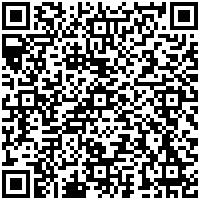