In line with the government’s projected plan to destroy 5 apartment buildings in the Ulpana Hill neighborhood of the biblical town of Beit El, six caravilla mobile homes were delivered on Monday to house evicted families.

The southern Samaria town, immortalized in the Bible as the site on which Jacob, fleeing from the wrath of his brother Esau, had a dream of angels ascending and descending a ladder, is bracing for the court-ordered destruction, after last-minute efforts to save the buildings in the Knesset failed.

A total of 33 caravillas are expected to be delivered to house expelled families in a new neighborhood in Beit El, carved out of an army base adjacent to the town.

The Defense Ministry issued a statement saying the ministry is “operating around the clock” as directed by the prime minister and minister of defense, and would have the new neighborhood completed “as soon as possible [to] allow residents of the Ulpana Hill to leave their homes in the most respectable and convenient way”.  A specific date has not been publicized, but the court gave the government until July 1 to destroy the homes.

It is unclear to what degree residents of Ulpana Hill and the surrounding community of Beit El will cooperate with – or fight – the impending destruction.  However, Director of Development for Beit El Institutions – the original purchasers of the disputed land upon which the condemned apartment buildings sit – Baruch Gordon, says he is optimistic that not only will the buildings not be torn down, but that the fight for Ulpana Hill will result in a drastic expansion of the town.

“Something sweet is coming out of something bitter,” Gordon said, in an interview with The Jewish Press.

“Instead of taking on the court head on, Prime Minister Benjamin Netanyahu  is bowing to the dictates of the court, but at the same time is removing the harsh bite they intended to have.   He is saying ‘If the state prosecution wants to dictate to us, we will build ten houses for every one you are taking down’.”

On June 7, the prime minister’s office announced that permission for 300 new residences had been approved, as well as 551 in other communities in the biblical heartland of Judea and Samaria.  The announcement evoked both elation and skepticism amongst supporters of Jewish development in the area, who celebrated the significant potential for growth, yet expressed concern that the announcement would never come to fruition, and was rather a cynical attempt to diffuse tension over the destruction of the Ulpana Hill homes.

“Even if [Prime Minister Netanyahu] can only do half [of the 300 homes in Beit El], that is a tremendous boost to our community,” Gordon said.  “So Beit El will grow by 10% as a result of this court case, even if he only keeps half of his word.”

Gordon noted that despite the best efforts of Yesh Din – the original complainants in the case charging that the Ulpana buildings had been built on Arab land – their lawsuit resulted in the advancement of Jewish life in Judea and Samaria.

“The executive director of Yesh Din apologized in a statement to the press for the results of his actions, that it is causing Beit El to grow,” Gordon said.

“The civil administration has already approved taking part of the army base and officially making it part of the town of Beit El and there it will place the 30 temporary homes,” Gordon said.  “I sat with mayor Moshe Rosenbaum to discuss the plans to expand Beit El, and he showed me on the map where the homes are being planned.  Approximately 150 homes will be built without any problem, and another 150 which Netanyahu promised will be a little bit of a fight against the legal advisors of the PM who are hesitating on giving their approval.”

“All in all, it seems that Netanyahu’s policy is to bow down to the court and then fire back by expanding the towns of Judea and Samaria for every suit which is filed by the European -funded NGOs in Israel like Peace Now and Yesh Din.” 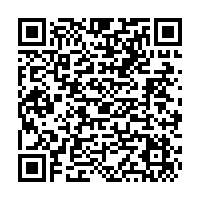