The Zionist Organization of America has called on US Consul General in Jerusalem Michael Ratney to condemn stoning attacks against Jews at the Mount of Olives, and to press Palestinian Authority officials to deal with the issue from their side.

The Mount of Olives is the oldest extant Jewish site in the world, dating back at least 2,500 years, and is the largest Jewish cemetery in the world. The cemetery, which contains more than 150,000 graves, includes the graves of Hebrew prophets, generations of leading rabbis, Israeli politicians and centuries of simple Jews who felt that if they couldn’t live in the Holy City, at least they wanted to be buried here.

But the site has been subject to neglect and to Palestinian violence for years. Illegal Palestinian building has continued unabated – there is an illegal mosque just 10 meters from the grave of Israeli Prime Mininster Menachem Begen – despite court orders instructing police to demolish the illegal structures.

Worse, Jewish pilgrims to the cemetery are routinely stoned, most recently in early April, when US citizen Tova Richler was prevented from attending her father’s funeral by Palestinian stone throwers.  In addition, Congressmen Eliot Engel (D-NY) and Jerrold Nadler (D-NY) were subject to a rock attack at  the cemetery in 2012.

ZOA Israel Director Jeff Daube said he is grateful to Congresswoman Grace Meng (D-NY), whose HR 4028 bill would amend a former bill to include international cemetery desecrations. He has also asked the US special envoy on anti-Semitism, Ira Forman, to classify the rock attacks as anti-Semitism since only Jews are being targeted.

“I would remind the Consul this is an ongoing and worsening problem over the course of too many years. Having previously raised the problem in several meetings and letter correspondence, including with Ratney’s predecessor Consul General Daniel Rubinstein — without any known steps thus far having been taken by any U.S. official to mitigate the disgraceful status quo — I would suggest it is time for Ratney to enter the conversation,” Daube said.

Daube also said he has asked the Consul General to elicit condemnations in Arabic from local Arab leaders and muhktars, and from Palestinian Authority  officials.

(It should be noted that existing Israel-Palestinian agreements bar the Palestinian Authority from maintaining a presence in Jerusalem).

The ZOA letter additionally asked that the Mount of Olives area attacks be included in this year’s publication of two annual State Department reports, the Country Reports on Human Rights Practices and Country Reports on Terrorism. Daube noted that Palestinian rock attacks were omitted from the 2013 editions of both reports, but that the terrorism report did contain “extensive and disproportionate” references to the price tag attacks on Arab property.

Daube expressed guarded optimism that Consul General Ratney would be sympathetic, having arranged a meeting in November, 2012 between Ratney and Michael Palmer, the father/grandfather of Asher and Yonatan Palmer at which the Consul General said that protecting American citizens was his “number one job.”

The Palmer were US citizens who were murdered in a Palestinian Arab stoning attack on Asher’s car.

The letter also referenced a recent IDF radio report detailing the reality for Jews living in Mount of Olives neighborhoods. In March, Jews were attacked by Arabs with rocks, boulders or Molotov cocktails at least 157 times, up from 150 reported attacks in February and 140 in January. The fewest number of reported attacks in any month over the last 18 months has been nearly 80, and Public Security Minister Yitzhak Aharonovitch admitted to the Knesset Interior Committee that 66 percent of violent crimes in Israel go unreported.

“It’s a no-brainer that mourners and pilgrims of all nationalities should not have to worry about terror and intimidation, or be confronted with desecrated gravestones and deliberately strewn garbage, when they visit Judaism’s holiest cemetery. That consulate officials have not ever contacted and supported at least the American victims, nor voiced concern to them, nor expressed outrage let alone condemnations, is very disappointing. Hopefully the recent attacks on Ms. Richler and others will catalyze an adequate response to the habitual civil and human rights abuses directed at Jews, in this and other parts of eastern Jerusalem,” Daube said. 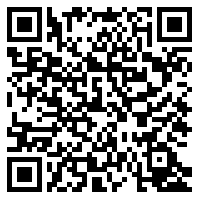