Attorney General Avichai Mandelblit instructed police to launch a criminal investigation of Prime Minister Benjamin Netanyahu, Israel’s Channel 10 News reported Wednesday night. This gives police the power to summon the PM to an interrogation with a warning (Israel’s equivalent of “Mirandizing” a suspect).


Ha’aretz reported earlier this week that police have recently discovered a new case which raises suspicion of corruption against Netanyahu. So far police have dropped earlier allegations about forgery in the election to the Likud leadership; and a clandestine campaign headquarters that received unreported contributions from Netanyahu’s rich friends. At the same time, a police source leaked to Ha’aretz that there exists evidence of those same rich friends systematically endowing the Netanyahus with gifts and benefits.

So far, every investigation against the PM that was approved by the AG since his appointment has ended with a dismissal of the case for lack of supporting evidence. 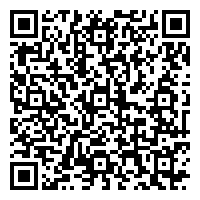