Six different Israeli ministries invested nearly $2 million to repair damage, much of it irreversible, after unknown vandals in October 2009 assaulted the site, designated by UNESCO (United Nations Science and Culture Organization) as a world’s cultural heritage.

Three other Nabatean cities in the Negev have the same status, and unusual recognition that is credited to the discovery of some of the oldest Byzantine churches.

The vandals managed it pull down columns that stood for centuries, and they left behind damage that “never before has been seen in Israel,” according to the Nature and Parks Authority’s southern district official, Raviv Shapiro.

The staff at Avdat was shocked to discover that stones had been smashed, and graffiti was scrawled on an altar, on one of the oldest wine presses in Israel and on walls over a large area.

Shapiro is pleased that the site now has been re-opened for visitors after massive rehabilitation efforts have actually made the site “look a lot better than it was before the vandalism.”

However, the archaeological value of many fragile artifacts has been lost forever, adds Nature Authority official Orit Bortnik.

Restoration work included preserving the remains of the site, including church columns.

Displays that demonstrate how the Nabatean city appeared 2,000 years ago have been erected, and, better late than never, security cameras have been installed to deter future vandalism.

The Nabatean city of Avdat, named after King Obodas who was known in Arabic as Abdah, is located in Avdat National Park, which includes hiking trails, springs, groves and wildlife. The city is on the “Spice Route” along which merchants traveled with perfumes and spices from East Africa and Arabia.

Historians estimate that the Nabateans were nomadic tribes from northern Arabia and who settled in the area after the first century in the Common Era, when they ere influenced by the Green Hellenistic world.

The Nabatean way stations at the main crossroads in the Negev developed into cities, where the former nomads developed an agriculture based on terraces built on the hillsides.

Nabatean Avdat also included a residential quarter, a military camp and various pens in which camels, sheep and goats were kept, and horses which became famous as racehorses were bred.

The Romans conquered the Nabatean kingdom, and Avdat fell into decline. Nature took over and destroyed it in an earthquake in the year 363.

In the sixth century, under Byzantine rule, a citadel and a monastery with two churches were built on the acropolis and residential quarters were established on the slopes. This city was destroyed, probably by another earthquake, and abandoned in the seventh century.

Israeli archaeologists discovered Avdat in excavations carried out from 1958. 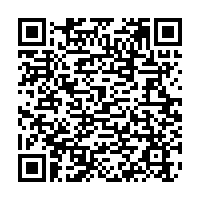