Palestinian Arabs in Hebron were handing out candies Tuesday afternoon to celebrate the murder of an Israeli Jew in a stone-throwing terror attack near Kiryat Arba.

The victim, a resident of the Jewish community situated next the Hebron, was driving near the al-Fawar junction when his car came under a hail of rocks hurled by Palestinian Arab terrorists. He was forced to exit the vehicle due to the damage sustained by the car, and then was hit by a truck driven by a Palestinian Arab.


The second driver fled the scene and drove to the village of Dahariya, a suburb of Hebron, where he turned himself in to Palestinian Authority Police. PA Police then turned the driver over to Israel Police for questioning, according to Israel Radio.

ISIS terrorists have been urging Palestinian Arabs to increase their attacks on Jews and have even offered video tutorials on how best to accomplish these goals.

In the past 72 hours, nearly a dozen such videos have been uploaded by the terror organization to the Internet. Some of them criticize Hamas as well as Fatah, claiming that both factions are too secular and that neither has the interests of Palestinian Arabs at heart.

Four videos were released on Sunday night alone, and another three were uploaded on Monday. All urged attacks on Israelis.

Some offered instructions on exactly how to murder Jews – by using vehicles, knives, firebombs hurled at homes, bombing buses, injecting air into Jews’ veins – that last, a directive aimed at the numerous Israeli Arabs employed by medical centers and HMOs in the country.

The videos also featured unmasked ISIS terrorists praising the recent terror attacks against Israelis in Jerusalem and urge other Palestinian Arabs to emulate their example.

“Strike fear into their hearts. They are the enemy of Allah,” says one terrorist. “A victory is coming to the fighters of Al Aqsa from Above … you are the ones to begin [this] but we will [join you] and continue [the fight],” says another.

Prime Minister Benjamin Netanyahu has also noticed local Arab terrorism slowly drifting towards an even more radical form of Islam than it has subscribed to in past years.

“What we are seeing here is a combination of the radical Islam and the Internet,” he told a meeting of the Likud party faction on Monday. “Osama Bin Laden meets Mark Zuckerberg. The incitement in the social networks is moving the murders. We are seeing this clearly,” he said.

The current wave of terror began with a completely unfounded rumor that Israel was planning to “change the status quo” at the Temple Mount, site of the Al Aqsa Mosque and the Dome of the Rock.

Jerusalem’s holiest and most sensitive site for Jews, it is believed to be the location of the “Holy of Holies” of both ancient Jewish Holy Temples. It is also the third holiest site in the world in Islam, referred to by Muslims as the Noble Sanctuary.

Under an agreement signed between Israel and Jordan, non-Muslim visitors are allowed to tour the grounds but cannot enter the mosques; Muslim worshipers are welcomed to enter the mosques to pray. Day-to-day operations at the site are carried out under the Islamic Waqf Authority, and Israeli security personnel works together with Authority staff to maintain calm at the site.

This status quo has been maintained without any change whatsoever since the signing of the peace treaty between Israel and the Kingdom of Jordan in 1994, and Israel has continued to maintain there will be no changes.

Palestinian Arabs who attempt to smuggle explosives, rocks, firebombs, firecrackers, ammunition and other weapons into the mosque in order to stockpile an arsenal at the site for use against Israelis and other visitors, however, are in effect themselves changing the status quo, Netanyahu pointed out.

The issue of the Temple Mount — where no changes whatsoever have been made since the site returned to Jewish hands — has been a convenient red herring with which to stir up Islamic sentiment in Israel and worldwide, however.

ISIS media moguls are highly skilled at “catching the wave” in mass media manipulation, not only in Israel but elsewhere, and for all ages.

Turkey Also in the Crosshairs
Turkey is also being targeted. An ISIS training camp for children was discovered in Istanbul, according to the Turkish newspaper Hurriyet Daily News, which quoted the daily Vatan.

A total of 24 suspects were detained two days ago (Oct. 18) on suspicion of having links to Da’esh in Istanbul. The children, who were of Tajik and Uzbek descent, were allegedly being trained by ISIS in basement apartments in the ancient Turkish city’s Pendik and Basaksehir districts.

The suspects were reported to having used the basement apartments as terrorist training camps, according to physical and technical surveillance carried out by the Istanbul Police Department’s Counterterrorism Unit. 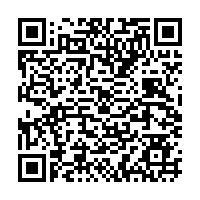