Around noon, on Friday, an IDF patrol spotted a suspicious object under a bench at the Meir Spring near Neve Tsuf in the Binyamin region, according to a TPS report.

On closer inspection they discovered that it was a live grenade with the safety pin removed, connected to a trip wire.


It was placed at the base of a park bench near the spring, which is popular among Jewish hikers on Fridays.

The spring has been closed off, and an IDF sapper is on the way to neutralize the grenade. 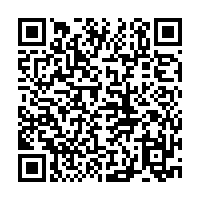