On Thursday, Israel’s defense minister, Ehud Barak ordered the Civil Administration – a military body responsible for civilian matters in the Israeli-controlled parts of Judea and Samaria – to transfer the eastern Hebron building known locally as “the brown house” over to its Jewish owners in accordance with a court ruling last month.

The Jerusalem District Court ruled that the building’s Jewish owners had legally purchased the building from Palestinians.


The building’s owners bought the building in 2004 from its previous Palestinian owners, Faiz Rajbi and Abed Elkader, through an Arab middleman for about $500,000. However, in 2007 Rajbi changed his mind about selling. The settlers then filed to have the Rajbis evicted.

The Civil Administration prevented the Jewish owners from moving in until the case was settled in court.

Israel’s Army Radio reported on Friday that leaders of the Jewish community in Hebron were preparing to move several Jewish families into the building within weeks or even days. 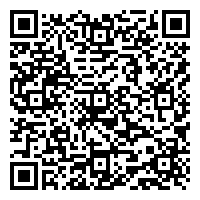