The Tel Aviv-based Shurat HaDin legal rights organization has assisted in filing a lawsuit against Twitter (Cain v. Twitter) on behalf of the family of Nohemi Gonzalez, 26, who was killed by ISIS in the Paris November 2015 terror attacks that killed 130, and the family of Alexander Pinczowski, 29, and his sister Sascha Pinczowski, 26, who were killed by an ISIS suicide bomber at the Brussels Airport in March 2016.

“Shurat HaDin has assisted the families of 2 victims of #ISIS #TerrorAttacks in #Paris & #Brussels with filing a lawsuit against @Twitter,” Shurat Hadin tweeted Monday.

“This is the first lawsuit to document Twitter’s key role in the rise of ISIS to become the most feared terrorist organization in the world, Shurat HaDin director Nitsana Darshan-Leitner said in a statement. She added that the purpose of the suit is also “to detail how ISIS used Twitter specifically in connection with two of the worst terror attacks in Europe’s recent history.”

According to Darshan-Leitner, out of all the social media platforms, “Twitter has most brazenly refused to cut off its services to terrorists, taking the position that ‘the tweets must flow’ even if it means assisting in mass murders.”

The lawsuit asserts that ISIS used Twitter “as a weapon of terror, including through ‘bots,’ special apps and ‘hashtag hijacking’ to inflate its image, recruit members and grow into the most-feared terrorist organization in the world.”

Darshan-Leitner suggested the lawsuit “reveals direct connections between Twitter and terror, and when justice is done in this case, it will force Twitter and others to conclude that supporting terror does not pay.” 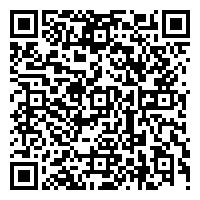