Hurricane Ida made landfall just before 1 pm Sunday ET near Port Fourchon, Louisiana as an extremely dangerous Category 4 hurricane, packing sustained winds of 150 miles per hour (241 kilometers per hour) with winds gusting at up to 185 mph.

Live streaming is being provided by WWLTV.com and WFAA-ABC News 8, below:

Here’s what it looked like just before Ida came ashore:

Sixteen years ago, Katrina was a Category 5 hurricane that killed more than 1,800 people and caused $125 billion in damage – particularly in the city of New Orleans and surrounds.

Following Katrina, the state invested heavily to shore up the levy system that protects Louisiana communities along the shoreline.

Ida is tied for the fifth-strongest hurricane ever to hit the mainland US.

On Sunday, the barrier island of Grand Isle was swamped by the rising ocean, and the southern Louisiana wetlands were flooded as well. More than two million people live in and around New Orleans and Baton Rouge, where Ida was headed once ashore.

A tornado watch is in effect until Sunday at 8 pm ET for parts of Louisiana – where Ida made landfall – as well as for Alabama, Florida and Mississippi, the Storm Prediction Center warned, as well as the danger of life-threatening storm surge along the coasts of all Gulf states except Florida.

The National Oceanic and Atmospheric Administration’s National Hurricane Center published an image showing the probable path of the storm center for the next four days.

According to the National Hurricane Center, Ida could bring wind and rain as far north as America’s northeastern corridor, where Tropical Storm Henri recently dropped record levels of rain. 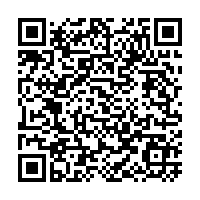