Israeli Ambassador to the United Kingdom Tzipi Hotovely is being allowed to complete her three-year term in the post, according to a report by Walla! News.

Hotovely was appointed last year by the Netanyahu government for a period of three years.


Foreign Minister Yair Lapid investigated the possibility of recalling Hotovely to Israel and appointing instead his own, new ambassador.

This weekend, however, Lapid informed Hotovely that he has decided to let her remain at her post for the remainder of the term. 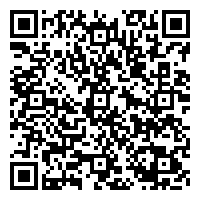