Earlier this week we learned that the CEO of the Cola-Cola franchise in the Palestinian Authority, Zahi Khouri, has publicly called for a boycott of Israel, in violation of Coca-Cola’s policy and recent Congressional amendments to trade laws.

While the JewishPress.com expected the response from Coke would be to encourage Khouri to put a lid on it, the company’s response was somewhat different.


In response to complaints lodged by outraged consumers that Coca-Cola’s Arab-American-Palestinian partner supports the economic and legal warfare method of BDS (Boycott of, Divestment from and Sanctions against Israel) Movement, Coca-Cola deployed an executive to defuse the situation.

But a little research revealed that the Coke executive who responded, Michael Goltzman, is himself harshly and outspokenly critical of Israel. And not only that, but his response belies actions taken by Coca-Cola on Khouri’s divisiveness.

First, in response to an email sent by a consumer deeply distressed over what she referred to as the “toxicity” of Coca-Cola’s Palestinian Arab bottling partner, the following email was sent:

Thank you for your email to Muhtar Kent, Chairman and Chief Executive Officer of The Coca-Cola Company, regarding a media article about Zahi Khouri, the Coca-Cola Palestinian bottler.

Please understand that Mr. Khouri’s comments represent his own personal opinions, and they do not in any way reflect the views of The Coca-Cola Company. The Company does not have any preference for, favor or fund any religious or political causes.

Thanks to our local production with local employees, local ingredients and a local distribution system, we are pleased to have our beverages refreshing communities in more than 200 countries and territories around the world. And since 1966, we have been proud to have the Central Bottling Company as the Company’s Israeli partner.

If I can answer any further questions for you, please do not hesitate to contact me at mgoltzman@coca-cola.com or 404-661-9075 (mobile).

Goltzman retweeted and favorited tweets that were highly critical of Israel, such as this one:

In addition, in a video created by Coca-Cola, Mr. Khouri, Coke’s Palestinian Arab-American partner, admits to having a bottling plant which proudly practices Apartheid:

We must be, I can imagine, the only bottling company – maybe in the world – which has only one nationality among its staff, and, uh, that we are all Palestinians. 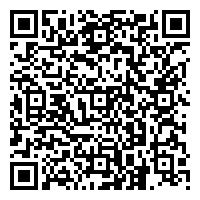