Former President Shimon Peres’ family members on Tuesday told reporters there has been a severe deterioration in his condition. They say the doctors have not been able to wake him up and he has been completely unresponsive. Tests he underwent earlier on Tuesday showed the damage to his brain is irreversible.

According to Peres’s personal physician and son-in-law Prof. Raphy Walden, Peres, 93, is “in very serious condition” and his medical team is afraid of an approaching collapse of his systems since there hasn’t been a significant improvement in his condition.


In recent days Peres has undergone a series of tests that showed his indicators are stable, but he continues to be in serious condition and the family at his bedside is not optimistic about his chances for recovery. Hospital sources have said that despite the fact that his condition has not worsened, “each passing day makes it more difficult to be optimistic.”

On Monday the hospital released a statement saying the former president’s condition remains stable and his indicators have not changed, as his medical team proceeds with applying conservative care in keeping with his neurological and general condition. Last weekend his breathing was reported to have improved a little. The medical team attempted to remove him gradually from the ventilator, and his anesthetic drugs have been reduced. The doctors even reported some attempts on the patient’s part to communicate and to follow instructions such as raising his hands. But on Tuesday his conditioned has worsened. 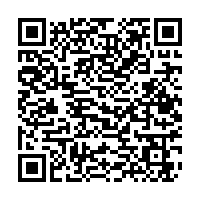